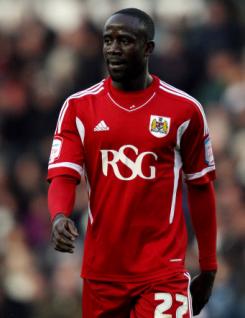 Albert Adomah is a pacy winger who joined Bristol City in the summer of 2010. Albert proceeded to take Ashton Gate by storm, winning the hearts of the supporters with a series of effective wing displays. His speed and skill on the ball cause problems for opposing defenders and he is strong enough to be used as a central striker when needed. He was in the team right from the outset, featuring in every game and deservedly winning the supporters? award as Player of the Year.