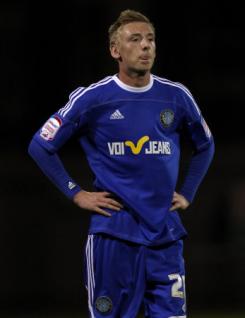 Adam Roberts is a young midfield player who was a first-year professional at League Two club Macclesfield Town in 2010-11. Adam featured in the youth and reserve teams in his two seasons as a scholar with the Silkmen and has been an occasional unused substitute for the first team, but has yet to make his senior debut. He was loaned to Northwich Victoria in November to continue his football education and had a second loan spell with the Vics in February 2011.