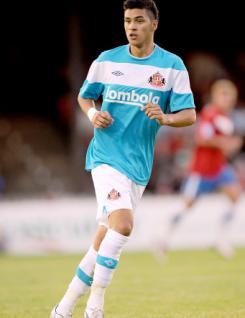 Adam Reed is a stylish midfielder who has developed through the ranks at Sunderland. Adam was born in Hartlepool and has been in the Sunderland youth system since he was eight years old. He was a mainstay of the Wearsiders? reserve team in 2009-10 and 2010-11, when he also featured on the bench for the first team in the Premier League fixture at Old Trafford on Boxing Day, although he was not called into action. In March he joined Brentford on loan, making his senior debut as a substitute at Hartlepool and featuring in the side defeated by Carlisle in the Johnstone?s Paint Trophy final at Wembley.