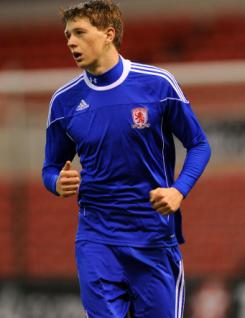 Adam Reach is a youngster who is another graduate of Middlesbrough's impressive youth system, although he was a late starter, having been recruited from Gateshead College in 2010. Adam can play in a host of positions, including left midfield and centre midfield, but is mostly used as a left back. Impressive performances for Boro's U18 and reserve sides earned him a place on the bench for the first team's final game of the season at home to Doncaster. His came on to make his senior debut, capping the occasion with a stoppage-time goal.