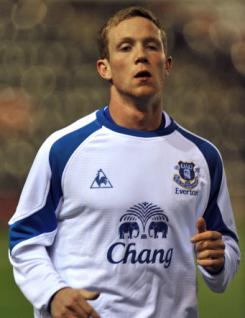 Adam Forshaw is a young playmaking midfielder on the books of Everton. After some impressive performances in centre midfield for the academy side, Adam has become a regular in the reserves and in December 2009 he was one of a group of youngsters who made their first-team debut for the Toffees in the Europa League fixture with BATE Borisov at Goodison. In April 2011 he made his first appearance in the Premier League when he came on as a substitute at Molineux.