Johnson: We deserved to pinch point 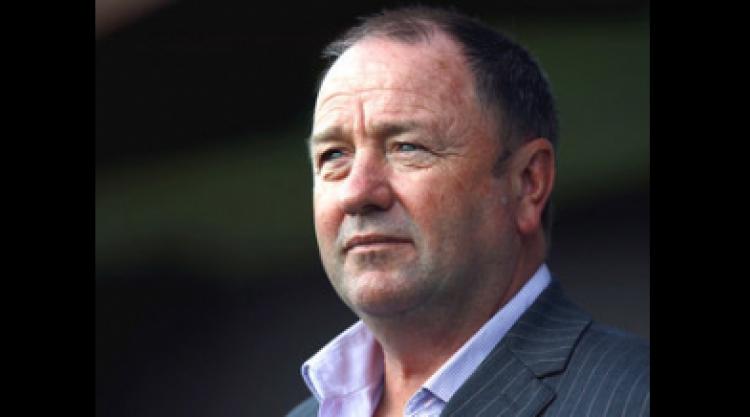 Wes Morgan had given Forest an 86th-minute lead with his first goal of the season but in the final minute of normal time, Danny Haynes pounced for an equaliser.

Johnson paid tribute to his side's persistence although the draw saw the Robins drop one place outside the play-off places.

Johnson said: "We've had a few goals scored against us this season in the last minute so it was nice for the shoe to be on the other foot.

"We could have felt sorry for ourselves when Forest scored so late in the game but we stuck at it and came up with a goal.

"We sent on a 6ft 7in defender to play centre forward and it helped us get the equaliser and I think we deserved it.

"For us it feels more like a win to come back and score and get something from a game that could have gone away from us but it's not easy to come to the City Ground these days.

"(Forest manager) Billy Davies has got them playing really well and you have to come here and compete.

"I think we did that but there were not too many highlights in the game before the last five minutes."

Chances were at a premium so Forest could be forgiven for thinking they had snatched the winner when Morgan thumped home from close range after substitute Dele Adebola had challenged for a free-kick by Chris Cohen.

But City sent substitute McCombe up front and he got on the end of a cross by Paul Hartley to nod the ball into the path of Haynes who scored from close range.

A point each means Forest are now unbeaten in eight games and City in seven and Forest boss Billy Davies took the late disappointment in his stride.

He admitted: "I always thought it would be a tight game, maybe decided by one goal so I was disappointed that we conceded so late in the game having taken the lead.

"It was a soft goal to concede because our two central defenders had been excellent up until that point but we were beaten to the ball in the air and then caught ball-watching.

"I'm not complaining because we got a draw at Cardiff last weekend with a last-minute goal but it was a pity that we switched off.

"I've told the players that although we lost two points at the end it could prove to be a crucial point by the end of the season. The draw keeps us moving forward and maintains our unbeaten home run but I know there's still a lot of hard work to be done here."