The State of Leicester: An Overview of the Club's Prospects as Football Takes a Break

​If you've just come out of a desert with no Internet access (welcome back Jared Leto), you should probably know football is on a long break with every country on lockdown.

With all the spare time you'll have now, it's probably a good idea to reflect upon the football we've witnessed over the previous months that you might have forgotten by now.

Time to stop watching Mrs Brown's Boys and to instead look at it all - how it's gone, how it could go when it all starts up again, and what the long-term future might hold for Leicester City. 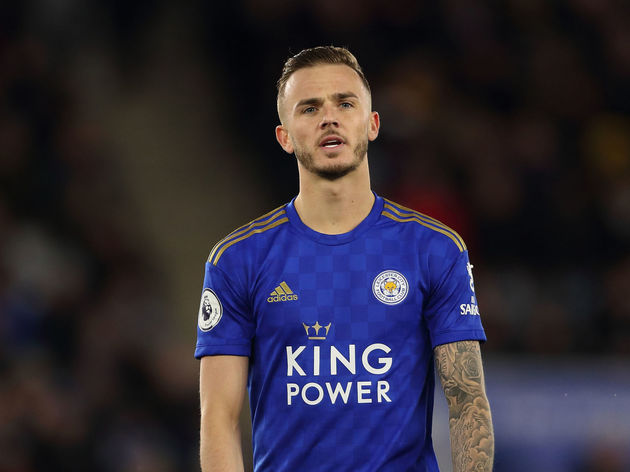 Leicester were in a slump until they played Aston Villa before the enforced break - they hadn't won any of their last five games. A winless February allowed ​Manchester City to leapfrog them into second place and a role as Liverpool's closest challengers.

Yes, draws against ​Chelsea, Wolves and Man City are not results to lose sleep over, but a defeat to lowly Norwich and a Carabao Cup semi-final to ​Aston Villa were a little disappointing, especially given that they missed out on a first cup final appearance in 20 years.
However, their recent 4-0 win over Villa meant that they remain in third place, still five points clear of fourth-placed Chelsea. But with a difficult run of games to close out the season, the Foxes were always going to be challenged in their bid to qualify for the ​Champions League.if those last games get played, that is.

They're also still in the FA Cup, and were scheduled to host the Blues in the quarter-finals, an opponent Foxes' fans would have fancied their chances against.

​Jamie Vardy was/is on track to win the ​Premier League Golden Boot this season, leading with 19 goals. Will he get awarded the trophy? Who knows at the moment. Left-back Ben Chilwell was close to playing against Villa but missed out with a hamstring problem. The extra recovery time has meant he will be fit and firing for whenever the Foxes next play. James Maddison picked up a calf strain recently, but will need little additional time to recover.

Right-back Ricardo Pereira was ruled out for the season with an ACL injury and will not be available to play regardless or when the season is resumed, while long-term absentee Daniel Amartey is also sidelined and has no return date, so we can assume he wouldn't be ready to play either. 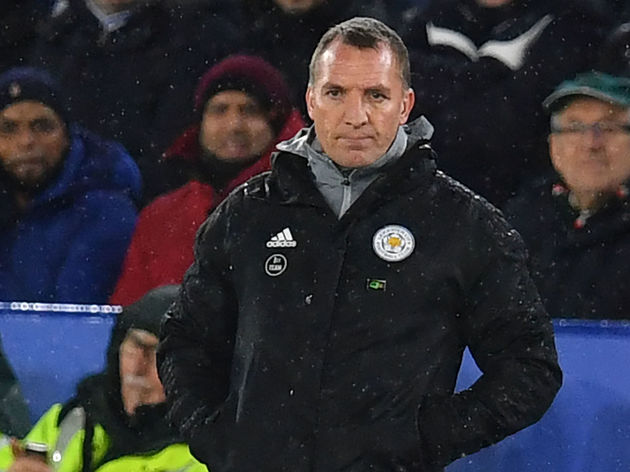 ​Even the most optimistic would concede it's very unlikely we'll see Premier League football back in early April. But if and when it does recommence, Leicester will have nine league games remaining, as well as their FA Cup quarter-final.

Their remaining league games are listed below. We'll throw in a result prediction and a projection on how they do for fun, too.

The points gap between Leicester and the chasing pack behind them will probably be enough to ensure that they play Champions League football next season.

Trips to Everton and ​Arsenal aren't easy, but this team have demonstrated they are capable of picking up draws and even wins on the road against these clubs. Provided they win their games against the bottom-half teams, they should finish in third place.

As for the FA Cup, it's hard to make any predictions, especially if the tournament is reformatted (or cancelled?!). They are certainly capable of beating Chelsea at the King Power to make the semis.

If ​Leicester can pick up form again, European football will be a reality once again for the Foxes.

Leicester have four players due to be out of contract on 20th June. They are Wes Morgan, Christian Fuchs, third-choice goalkeeper Eldin Jakupović and Nampalys Mendy. Mendy will likely depart - he has been courted by teams across Europe, with interest particularly strong in Turkey.

Both Morgan and Fuchs have made only 14 appearances each this season. Morgan in particular may be allowed to leave in the summer to play more, as his career winds down.

Yet Rodgers is keen to keep the Austrian international Fuchs, and has talked of a contract extension being on the cards to prolong his stay in the Midlands. The Foxes are hoping to strengthen in several squad positions. ​Adam Lallana is available on a free transfer in the summer and Leicester are the front-runners for his signature. His experience will complement their already stacked midfield.

Many other possible signings will likely stem from any departures, with Chilwell, Maddison and Pereira linked with moves away from the King Power.

With Chilwell's future uncertain amid interest from Chelsea and Man City, the Midlands club will look to secure a replacement, with the likes of ​Burnley's Charlie Taylor and Porto's Alex Telles linked. Moreover, a source has told 90min that the Foxes are interested in buying Arsenal's Kieran Tierney to address the possible left-sided vacancy of their defence.

Current loanee Ryan Bennett could be signed permanently from ​Wolves to add depth to their centre-back stocks, and the club have also expressed interest in signing Trabzonspor goakeeper Uğurcan Çakır to either back up or provide competition for the ageing ​Kasper Schmeichel. Were Leicester expected to make the top-four this season? Not really.

What about next season? Absolutely.

Rodgers has put together a really good team that plays a high-quality level of football. They have arguably the second-best full-back pairing in England, and also one of the strongest midfield collectives. If they can find a reliable goalscoring striker who can one day replace Vardy, the Foxes will be capable of regularly qualifying for Champions League football.

Beyond that, it's hard to see how they can compete with the top two, lacking the level of resources needed to fight for the title. A lot of their fortunes will rely on excellent recruitment in  adequately replacing the likes of Chilwell and Maddison, who will be in demand for the next few years.
If they can do that, Leicester will not be easy pushovers for anyone trying to take their place in the top four.