Utland, who was part of the Norway squad that reached the quarter finals of the Women’s World Cup during the summer, joins Reading from noted Swedish club Rosengard, where the likes of Marta, Anja Mittag, Formiga and Lieke Martens have played in the past, and where Sweden legend Caroline Seger is part of the club’s current squad.

The 26-year-old has been prolific throughout her career, particularly in her native Norway prior to making the switch to Sweden last year. At Oslo-based Røa, where Utland was a teammate of new Reading colleague Kristine Bjørdal Leine, she scored nearly a goal a game in 2017.

Rather than look to other domestic clubs, Reading have done most of their 2019 recruitment from overseas, and the majority of that from Norway after also signing World Cup player Amalie Eikeland from IL Sandviken in addition to Leine and Utland.

But then they travelled to Merseyside for an early reunion with Jane in the opening game of the season and it was the former Reading player who finished on the losing side as her old teammates returned south with all three points after a 1-0 win.

Leine made her full debut, as did former Everton midfielder and Wales international Angharad James, while Eikeland appeared from the bench in the second half.

Living England legend Fara Williams, who is very much enjoying something of an Indian summer to her career after joining Reading last year at the age of 34, scored a stunning free-kick in the first half to separate the sides and secure the victory for Reading.

The Royals, who were promoted to the WSL in 2015, finished fifth in the final WSL table last season and fourth the season before. With Arsenal, Manchester City and Chelsea expected to fight for the title, the opportunity is again there to be the ‘best of the rest’ behind the top three.

That honour went to Birmingham last season after admirably keeping pace with Chelsea, but the Blues have gone backwards after a difficult summer that saw key players leave, while Reading have already shown they have the beating of a Liverpool side many expected to improve. 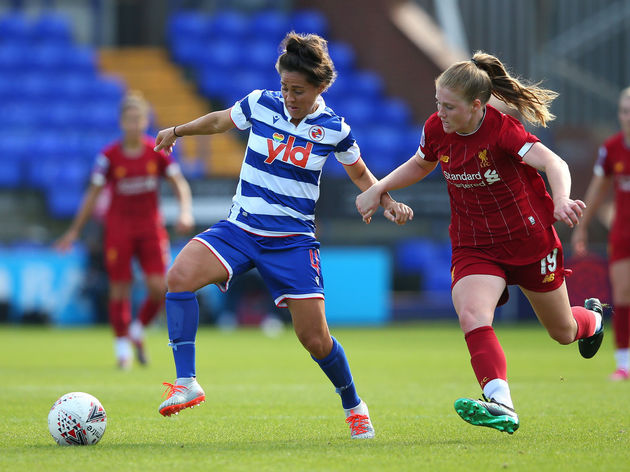 Others, notably newly promoted Manchester United after an impressive opening performance – despite suffering defeat, will also challenge for those places. But Reading have every right to believe they can at least match their best ever WSL finish.