New Southampton manager ​Ralph Hasenhuttl insists his training methods will be 'mind blowing' for the players, as he looks to make his mark on the Premier League.

The Austrian faced the media for the first time on Thursday following his appointment as Mark Hughes' replacement, and he immediately gave the media a glimpse of the character that propelled Bundesliga side RB Leipzig into the Champions League in his first season. 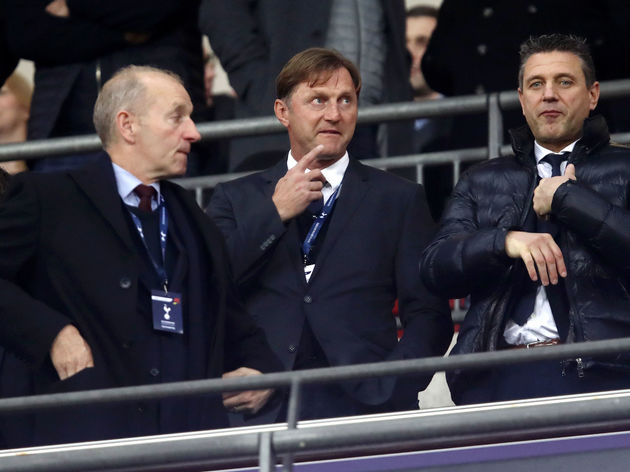 The 51-year-old said that introducing his intense training methods will be the first point of call, as he aims to turn the Saints results around immediately.

"We have to try. The main goal at the moment is not to overload them [before Cardiff on Saturday], but the next two weeks we have about six training sessions and there we have a lot of time to work with their tactical basics, but also with their mind." he began, as quoted by the Telegraph.

"We will have a lot of video sessions and it will get mind-blowing for the guys. The training sessions are forcing you to be really concentrated and therefore I want them to discuss it, for them to come to me. It is all about input, it’s about mindset. There will be no rest in the next weeks, I can guarantee you."

After leaving Leipzig, Hasenhuttl opted to 'recharge' for six months after spending two years in Germany, and insists he is ready to get back in the driving seat in 'the best league in the world'.

Although he has not coached in England before, Hasenhuttl did spend a brief spell as a player at Bolton and Chelsea in the 1990s. Despite not making the grade, the Austrian believes that spell helped shape his method of coaching, with Liverpool manager Jurgen Klopp also a big influence on how he operates.

Straight to it for #SaintsFC under Ralph Hasenhüttl!

"[Jurgen Klopp] has a very proactive way to play and he set marks in Germany with his kind of football," he said. "That really influenced my style." Hasenhuttl's first Premier League game as Saints boss is on Saturday, where he will face up against relegation rivals Cardiff.