Manchester United currently have 10 players who are injured or doubtful for the next Premier League game against Liverpool, pushing an already thin squad to the limit.

For fans, this doesn’t feel like something new because United have been no strangers to an injury crisis in recent seasons. But how bad has it been in reality? Recent examples of what that looks like can be found in the title winning seasons at Leicester and Chelsea in 2015/16 and 2016/17 respectively, where few players were missing for a period of four or more consecutive Premier League games (just five players across both teams) and the total number of games missed because of injury was low.

Applying the same indicators to United squads for each of the last 10 complete Premier League seasons – from 2009/10 up to and including 2018/19 – the picture is quite different.

Over the last 10 years, United have typically had at least eight players missing for four or more consecutive Premier League games each season. In five of the 10 seasons looked at, that figure was actually 10 or higher, and each time a handful of players had multiple minimum four-game absences.

Interestingly, the number of absences has been at its lowest in 2013/14 and 2018/19, United’s worst two seasons during the period in question. In 2013/14, only six players were out for four or more consecutive Premier League games, while in 2018/19 it was just five.

In terms of the total number of Premier League games missed because of injury, there have been similar ups and downs, but the number has generally been over 100 every year. 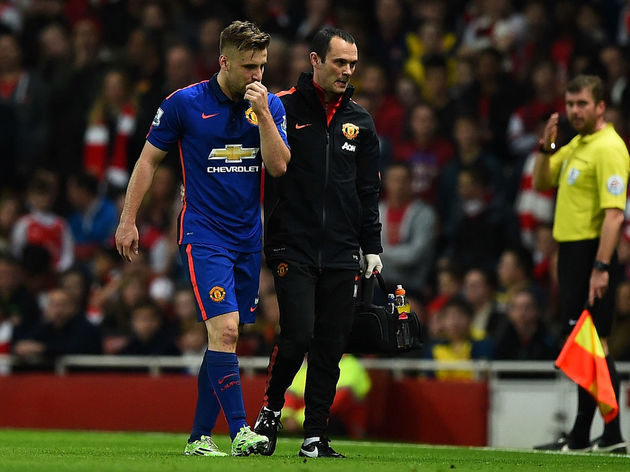 In the final four seasons of Sir Alex Ferguson’s reign, which included two Premier League title, the overall number of league games missed because of injury actually increased year on year, from 100 in 2009/10 to 121 in 2012/13.

It fell to 75 in 2013/14 as might be expected with fewer players out of action for notable time.

In the Louis van Gaal years from 2014 to 2016, United’s injury problems were seemingly at their worst. It was in 2014/15 that 11 players were missing for four or more consecutive Premier League games, with Phil Jones, Marcos Rojo, Luke Shaw, Ashley Young, Rafael and Michael Carrick all experiencing two or more such minimum four game spells in the treatment room.

That season, United players missed a combined 136 Premier League games because of injury. In 2015/16, the campaign that saw Van Gaal turn to youth, it was 170 games, even though the number of individuals absent for four or more consecutive fixtures actually dropped.