But outside of the ring, outside of loving to get punched square in the jaw, many boxers are also passionate football fans.

So let's have a look at a number of top class boxers who also happen to be massive football fans. Let's start with the man himself, Tyson Fury. The Lineal Heavyweight Champion of the World is arguably the best boxer on the planet, and became a world champion after a mesmerising dismantling of boxing great Wladimir Klitschko back in 2015.

'The Gypsy King' is a massive ​Manchester United fan, and has even spoken of potentially fighting at Old Trafford in the future.

At 6′ 9″, Fury may even make a good centre back for the Red Devils. Weighing at around 120kg, there is no way that anyone would want to go up against him. Ole, sign him up! The former IBF Welterweight Champion lost his title to Errol Spence Jr. in 2017, but he is on the comeback trail as he eyes up a title fight in 2020.

Brook also happens to be a huge fan of ​Sheffield United, and even once had a fight at Bramall Lane. Unfortunately for him, that fight happened to be his loss at the hands of Spence Jr.

Not the best homecoming. Haye is a ​Millwall fan, and has been to The Den on a number of occasions in an attempt to inspire FA Cup giant killings. Unfortunately though, he often turned up to witness losses, suggesting that he couldn't work his magic like he did in the ring so often. Bellew is arguably the biggest football fan on this list, as he is a gigantic ​Everton supporter. In fact, when he won his title fight in 2016, it took place at his beloved Goodison Park. 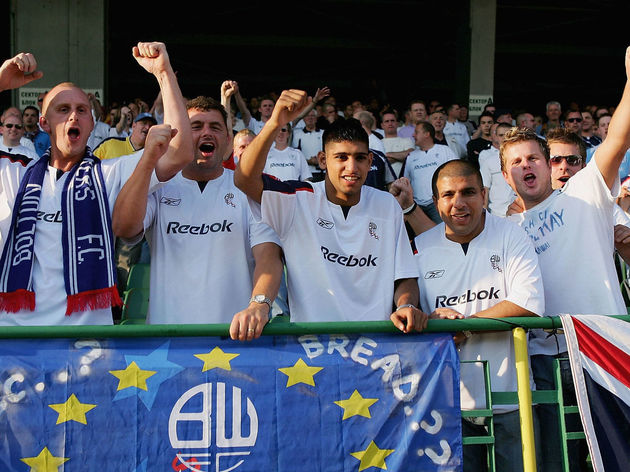 Amir Khan, a man who spent time in the 'I'm a Celebrity' jungle, also happened to be a former unified light-welterweight world champion.

Despite having quite an erratic career, there is nothing erratic about his love for Bolton Wanderers. Khan was linked with a takeover bid of the football club back in 2015. Carl 'The Jackal' Frampton is a former two-weight world champion, and as a result became the first Northern Irishman to have held two world titles in two separate weight divisions.

Frampton supports the Irish side Crusaders, a team who have won over 25 senior trophies in their history. He has revealed that he tries going to matches as often as possible, but finds it difficult due to his boxing. Fair enough, I guess. 'The Hitman' is a big ​Manchester City fan, which won't go down well with good friend Fury. Hatton even joked that he would come out of retirement to fight former Manchester United player Cristiano Ronaldo.

Don't expect that to happen any time soon.