​Manchester United winger Daniel James has revealed his delight at scoring his second goal for the Red Devils but conceded that the occasion was marred by the disappointing 2-1 loss to Crystal Palace.

James scored a late goal against the Eagles which looked to have rescued a point for his side, only for an even later goal from Patrick van Aanholt to condemn United to their first defeat of the season. Speaking to ​MUTV after the game, James insisted that ​United deserved more from the game, so they will work hard to redeem themselves when they face ​Southampton on Saturday.

“Obviously, I’m delighted to get the goal and that’s something I want to keep improving on and keep doing. But, at the end of the day, it’s a team game and we didn’t win the game today so obviously I’m disappointed.

“Dan! Come on, get back! We’ve got to concede another one!” pic.twitter.com/yPI3YbKQls

“We want to redeem ourselves. This game is something that we’ll look back on and look at what we could’ve done better. The Southampton game next week will be a completely different test and we’ve got to be ready for it.”

It was certainly a mixed afternoon for James. He netted his second goal for United, but was also shown his second yellow card for diving, having previously been booked for simulation in the 1-1 draw with ​Wolverhampton Wanderers.

Replays appeared to show there was some contact between James and ​Palace's James McArthur so, speaking after the game (via ​The Sun), manager Ole Gunnar Solskjaer was quick to defend his winger. 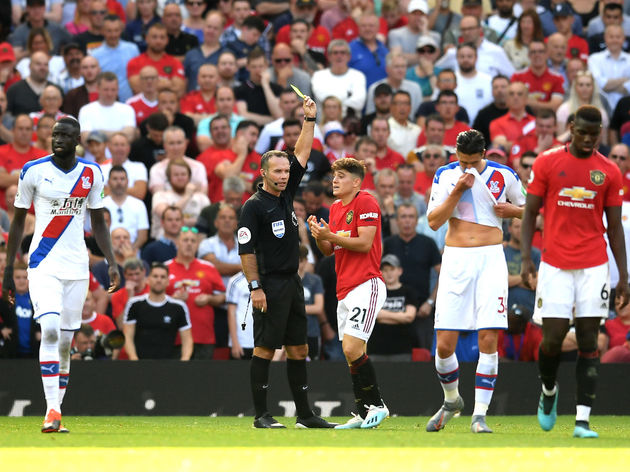 “I’m 100 per cent sure there was contact between Dan and their defender.

"He is not that type, he’s such an honest boy. He gets straight up and keeps running.