The Clarets have won two of their opening seven league games and recorded a crucial victory at home to newly promoted Norwich last time out. They followed this up with a hard-fought point at Aston Villa, which is one of three away draws they have had this so far this season. 39 miles away in Merseyside the picture is looking much bleaker though, with Everton enduring a fairly dismal start to the season - particularly after splashing the cash once more this summer.

Defeat at home to Manchester City was the Toffees' third defeat in a row, leaving them languishing in 15th place.

Chris Wood and Ashley Barnes will likely start up front, leaving Jay Rodriguez to look on from the sidelines once more. Everton, meanwhile, have been handed a double injury boost ahead of the game at Turf Moor. Andre Gomes will return following an abdominal problem, and Theo Walcott, who came off minutes into last weekend’s game with Manchester City with a head injury, is also likely to feature.

Summer signing Jean-Phillippe Gbamin is the only absentee, as he continues to recover from a thigh problem.

Saturday’s clash will be the 115th meeting between the sides - with Everton coming out on top in 50 of those games. Burnley have come out on top 35 times, and 29 encounters have ended in the shares being spoiled.

In terms of recent years, this is the eleventh time the sides have played in the Premier League. Everton again boast the superior record, winning six of those encounters; including a 5-1 success in Lancashire last season.

In the reverse fixture, Everton were again successful - running out 2-0 winners at Goodison Park in May.

Burnley have started the season reasonably well and are unbeaten in their last three games.

Dyche's side have won two of their opening three home league games, beating Southampton and Norwich with relative ease, either side of a defeat to ​Premier League leaders Liverpool. 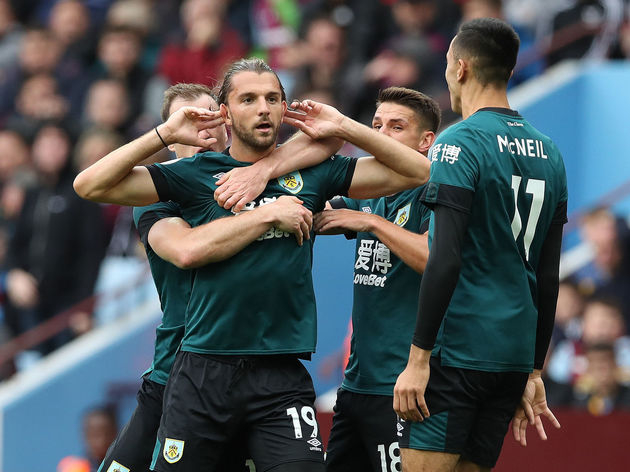 A third home victory of the campaign on Saturday could lift Burnley into the top half and with confidence high amongst the group, having also come back twice to draw at Aston Villa last weekend, they could be sitting in tenth if results go their way.

Everton, on the other hand, are looking to overcome a sluggish start. The Toffees started promisingly enough - picking up seven points from a possible 12 - but have subsequently collapsed, losing their last three games against Bournemouth, Sheffield United and Manchester City.


Here's how both sides have performed in their last five fixtures.

With Everton defensively frail this season, conceding 12 goals in their last five outings, it could well be a difficult afternoon for centre halves Michael Keane and Yerry Mina.

Chris Wood and Ashley Barnes have struck up a dangerous partnership so far this season, particularly from set-pieces, and the hosts will be confident of being on the front foot from minute one. 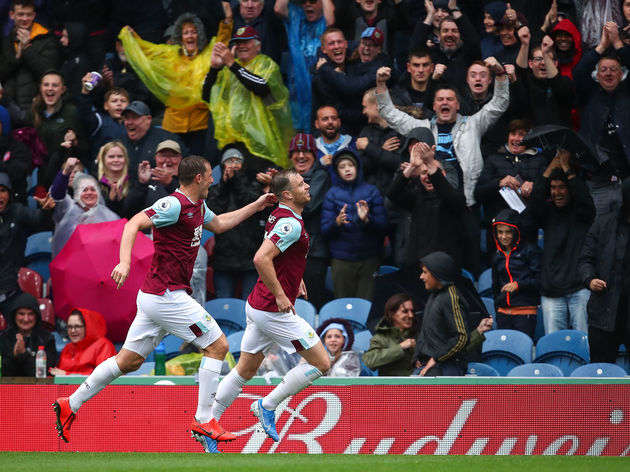 This, along with Everton's struggles, could see another three points head Burnley's way, piling the pressure on Marco Silva.