​Former Liverpool manager Brendan Rodgers has lifted the lid on the circumstances surrounding Raheem Sterling's departure from Anfield for Manchester City in 2015, insisting that the winger was motivated to move by a desire to become a better player, and not by money.

Rodgers, who now manages Leicester City, also reserved praise for how Sterling has developed at the Citizens, believing that he has now established himself as the best players in the world. The English winger, who first joined Liverpool as a 16-year-old, proved to be According to the ​Liverpool Echo, Rodgers said: ​Liverpool

“In that moment in time, there was an opportunity to go to ​Manchester City where they had top-class players. He’s gone in there and developed and become a winner, which is clear to see now in his game.

“I look at Pep’s team and it’s not the same if he’s not in it. What a testament that is to a young English player.

“What I loved about Raheem was that, for a young boy, he knew what he wanted to be.

"When I ask young players what is it that they want to achieve, he wanted to be one of the best players in the world, at that age. 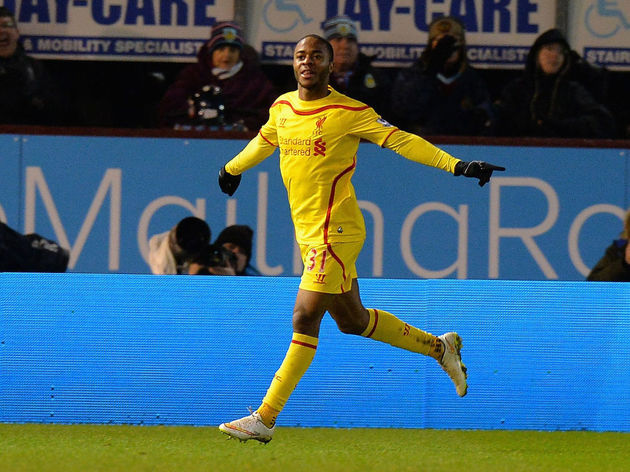 “That was where he was unique, because sometimes the British players may not have that ambition. But that was all he wanted to be.

"He’s taken his game now to a level where he clearly is one of the best players in the world.

“He was someone who was going to do the work, he wasn’t just expecting it because of his incredible talent.

"This was a boy who looked after his body and his life to ensure that he could give himself every chance to do that.

“You don’t play the amount of games with the consistency he has played to - and the availability - by not being super professional, ­focused on your job.” The 25-year-old has scored 89 times in 230 appearances for Manchester City since leaving Liverpool in 2015, playing an important part in the Citizens' success in recent seasons. Sterling has also established himself as one of first names on Gareth Southgate's team sheet for England.