​Birmingham City’s summer transfer recruitment drive has taken a turn for the worse, with news emerging that the proposed signing of Danish left back Kristian Pedersen was not as straightforward as it had initially seemed.

​Almajir.net reports that the 25-year-old has not been officially registered as a Birmingham player by the EFL, despite the club announcing the signing as a done deal on their official website on June 25.

BREAKING: Birmingham have been placed under a transfer embargo after breaching FFP rules during their spending spree last season when they signed 13 players!

Birmingham will face further punishment if new signing Kristian Pedersen plays after the EFL declined to register him! pic.twitter.com/eWbp5zkxpI

The EFL have apparently declined to allow Birmingham to register Pedersen as their player, and the club’s actions are set to see them placed under a transfer embargo.

It is far from ideal circumstances for the club as they prepare for the new ​Championship season at St Andrews, with Grary Monk’s side now likely to be forced to count upon those already among their playing ranks for the upcoming campaign.

Pedersen’s signing was announced by Birmingham on June 25 after a lengthy period of speculation as the Blues seemingly beat off a host of competition to land Pedersen’s signature.

The full back was pictured holding the club scarf alongside Birmingham’s CEO, Ren Xuandong. 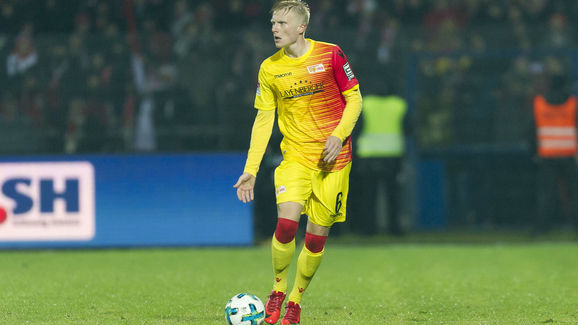 According to the report, a full transfer embargo is now said to be expected to follow suit. The club were apparently under a previous ‘soft embargo’ to enable Birmingham chiefs a window of time to smooth over their Financial Fair Play issues.

‍♂️ The players arrive on their bikes for a morning training session #BCFC pic.twitter.com/qkCdyir3Pw