Welcome back to 90min's Definitive European Player Power Rankings, coming piping hot from a weekend which, for many, could be classified as catastrophic. Here's why:

- Milan got MAULED by Fiorentina.

- Newcastle got NUKED by Leicester.

- Dortmund got DONE by Werder Bremen.

In such disastrous times - for three varyingly relative teams - there's only one tv show we can look to for salvation.

It's Sharon Horgan - who, yes, as I discovered this morning, is related to former Ireland rugby player Shane Horgan (they're siblings!!!) - and Rob Delaney's critically acclaimed, finale-delivering comedy 'Catastrophe' this week. And it's season two. "She told me.But I figured there's a 5% chance she's lying just to piss me off.”

John McGinn's proper good. I'm 95% sure of it. The only lingering 5% of doubt comes from the fact that everyone keeps telling me he's so good, and that's a dangerous place to be in as a footballer. Just look at Marcus Rashford. Or Marko Marin. It's a treacherous path.

But the 95% of me? The 95% of me is watching that precise volley against Burnley on repeat and thinking 'why isn't this fella playing in the Champions League?' Now, ​Jamie Vardy may be too busy guzzling Red Bulls to eat any coconut bullsh*t, but boy can he score goals.

Yes, this Newcastle defence was ready to relinquish, but Vardy's relentless running and crashing finishing are what ensured they'd go back to Tyneside with their collective tails between their collective legs. "We're not currently attending any public engagements together.Barometrically, we combine to create an atmosphere that is somewhat sh*tty.”

Paulo Dybala and Cristiano Ronaldo weren't meant to be able to play together. That was the consensus. That was one of the reasons behind Juventus' strange shopping around of the Argentine over the summer.

Yet, here Dybala is, looking every bit the virtuoso he was a couple of seasons ago, in tandem with CR7, with the inch-perfect cross supplied for the Portuguese forward's goal tantamount to this fact. 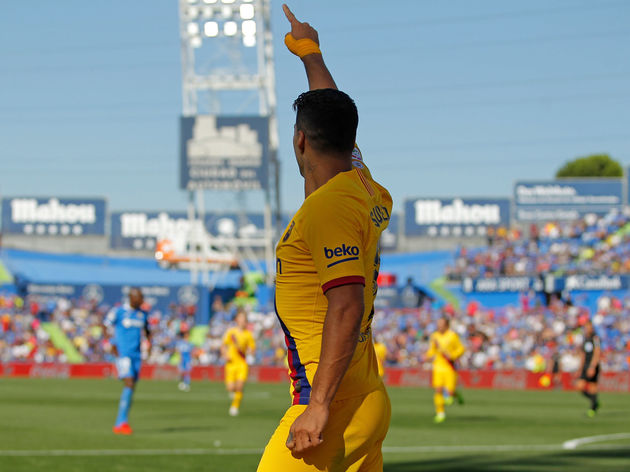 "He's not a bad person. He's.Just imagine a nice enough guy taking a sh*t and reading about Hitler and that's my husband.”

Yeah, so ​Luis Suarez scored again. And what a finish it was, converting a sumptuously delivered ball over the top from a certain someone who shall remain nameless for the time being (no spoilers round 'ere) with a typically technical lifted effort over the Getafe keeper.

But, as ever with Suarez, it wasn't just about the finish; it was the dogged anticipation of said ball that got him to the right place and right time that stands out just as much. "Did you know that you can actually message people from inside eBay? I will always answer one of those."

And here he is! The assist-master general, Monsieur Marc-Andre Ter Stegen. And here's the thing: you know when goalkeepers properly, properly whack a ball for an otherworldly assist? I will always watch those. Always. "Let's make our new anniversary the date we first met.”

After notching his first two Bundesliga goals last week, and earning himself a spot in 90min's Definitive European Player Power Rankings, Marcus Thuram further furnished his legacy with yet another goal and his first BuLi assist in Borussia Monchengladbach's comprehensive 3-0 win at Hoffenheim.

And so September 24th, 2019 shall forever be known as our anniversary, Marcus. To quote 'Casablanca' (another piece of visual content that began with a 'C' - hence the synthesis): "I think this is the beginning of a beautiful friendship." Stefano Sensi is the best attacking midfielder Inter have had since Wesley Sneijder.

If you disagree, just e-mail me. "Well, I saw you switch the big bottle in the water cooler yesterday and it might as well have been a pillow, you make it look so light.”

Stray legs attempting in vain stop a long-range Miralem Pjanic stunner. We've seen it twice in two games. They might as well have been penalties, he made it look so easy. "Where is Fran today?”

Where is France today, did you ask? France is in the same place it always is, with the same storyline and everything. Paris Saint-Germain struggle against middling opposition (this time it was Bordeaux, whose only noteworthy contribution was to field a goalkeeper that looks strikingly like Olivier Giroud) before Neymar bails them out in the second half.

Que sera, sera and all that.

"I think I've been assaulted.”

So were the recorded words of every one of Sassuolo's defenders, in unison, in the immediate aftermath of Papu Gomez's opening goal. Go on. Watch it.

The second wasn't too bad, either. 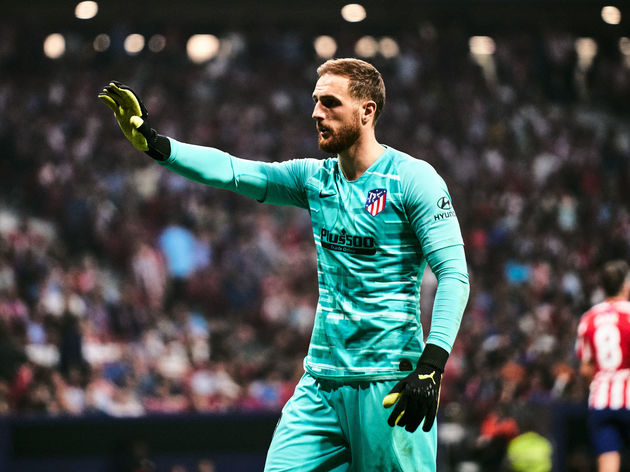 "Why haven't I cheated on you? Because.Loads of reasons. I mean, the biggest is you have been pregnant so much, so, not f*cking some prostitute is the least I can do when you have been carting around our babies in your body.”

In what was a tepid Madrid derby, it was the ever-sticky paws of Jan Oblak that ensured Atletico Madrid a share of the spoils in front of a record-breaking Wanda Metropolitano crowd.

Why hasn't Oblak cheated on Atletico yet? Well, loads of reasons. But mainly a combination of transfer bans, Diego Simeone and their continued birthing of precocious prodigies. "You look so beautiful in the moonlight."

Franck Ribery, in the moonlight of both Milan and his career, dazzling under the evening sky at San Siro. It's what dreams are made of. This was Barcelona's attitude towards Philippe Coutinho. It has not been Bayern's. The results have been there for all to see. The Brazilian is having a great deal of fun in Bavaria, notching two assists and a goal against Paderborn, orchestrating Bayern's weirdly narrow win.

Oh, and just to clarify, both assists were WORLD CLASS. The Belgian's been bagging them since the beginning of the time - he's already got more this season than Paul Scholes did in any of his at Manchester United - the latest being that curling triumph of a first-time cross for Gabriel Jesus against Everton, all while Marco Silva's side politely backed off him, pleading him with him to consider just not ruining their lives, for once.

He did not oblige. "How do you guys not get pregnant?”

Sure, Saturday's win against Paderborn may have been all about Coutinho - who was probably objectively a better performer than Lewandowski, who was guilty of missing a gilt-edge chance in the first half. Sure, these here rankings have been known to be as reactive as the worst of us.

But Coutinho's done it for two games.

Lewandowski's been doing it for nigh-on 10 years, and this may just be the best yet, with 10 goals from six league games. The 10th? A dink over Jannik Huth that was - no exaggeration - orgasmic.

Which makes you wonder.Lewa has been screwing German sides for so long, yet none of them are pregnant? How does this happen? It's not like they have protection from the Pole, either. Graphic, but true. And also baffling.