Let that settle in. What were you doing at 16? Probably not being subjected to £30m bids from one of the biggest teams in the world.

However, Bellingham certainly isn't the only player in the Championship that is making waves at a young age. With the transfer window still wide open (just), there are several players that should be on the radars of Premier League clubs. Whether these were signings to make an instant impact or ones that are looking towards the future - the Championship is a great pool of talent. The likes of Ryan Sessegnon, James Maddison and Mason Mount have all made the step up in recent years, so who could be next?

Here at 90min we had a think and here are eight exciting young prospects that ​Premier League clubs should take a risk on. ​Brentford have one of the most talented squads in the ​Championship, including former ​Arsenal academy player Josh Dasilva. The 21-year-old has featured in 25 league games this season including 16 starts. From midfield he's scored six and assisted another three in a free-scoring Bees side.

He signed a four-year deal in August 2018 after leaving Arsenal on a free transfer - and hasn't looked back since then. This has been a real breakthrough season for the youngster after managing only one goal in 21 appearances last season.

He would suit a team that needs some creativity and goals from midfield but could equally be suitable as a rotational option in order to gain experience. Arsenal might regret letting him go. ​West Brom are on the verge of a swift return to the Premier League, sitting pretty atop the Championship. Ferguson has been a big part of that and is capable of playing on either side of the defence.

The 19-year-old has spent his whole career at the Hawthorns signing a professional contract in 2017. Interestingly, this contract runs out in the summer and there's no doubt the Baggies will want to sign him to a longer term contract to ensure he isn't snapped up.

He's played 20 games for Slaven Bilić's side this season and has impressed in his first full season for the club. With his contract running down, a Premier League side could get an unbelievably valuable deal for the England Under-20 international. Another young full-back making his name in the Championship and has been since making his full debut for ​Derby in August 2018. Bogle has been one of the consistent bright spots in an otherwise disappointing season for Phillip Cocu's side.

Bogle is yet to open his account for the season but has provided three assists for his teammates showing his attacking possibilities. Indeed, there is room for improvement defensively for the 19-year-old but he is a modern full-back.

Several Premier League teams are in need of full backs - and Bogle could slot in at a traditional full back role or an attacking wing back position. Middlesbrough are one of the supposed sleeping giants in the Championship but their season has been one of transition. However, Tavernier has been a standout player with two goals and three assists in 19 starts this season.

He's capable of playing anywhere behind a leading forward flittering around in pockets of space with his excellent creativity. He does need to add more goals and assists to his game, of course, but at 20-years-old he is showing a huge amount of promise.

He has previously been linked with Premier League clubs during transfer windows but with ​Middlesbrough struggling in 17th, it might be time for one of the top flight sides to take a punt. Eze has been on the lips of pundits for a couple of years now and has been the London club's shining light. He is currently experiencing his best season so far with ten goals in 21 league games and another six assists.

The England Under-21 international is capable of playing in the number ten role as well as further forward as a striker. Wherever he plays, Eze looks a constant menace in the ​QPR side and could certainly make the step up to the Premier League.

With several teams struggling for goals and battling relegation, there could be a few big bids come in for QPR's star man. 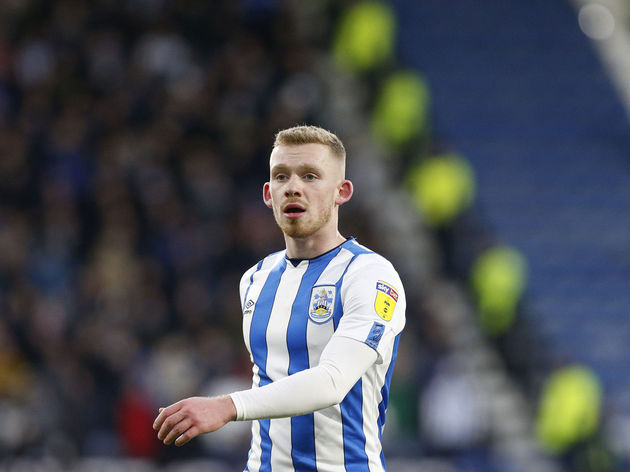 ​Huddersfield fans haven't had a lot to shout about over the last couple of years following relegation from the Premier League and a relegation battle this year. Yet, Lewis O'Brien has broken through in the side after impressing on loan at Bradford last season.

The 21-year-old has bagged two goals and three assists in an impressive season cementing a starting spot in Danny Cowley's team.

If Huddersfield continue to struggle then O'Brien might be wanting more of a challenge and there's no reason why Premier League clubs shouldn't take interest in the Englishman. ​Brentford are an absolute talent factory at the moment and Mbuemo is one of the pinnacles of that. Their front three is affectionally-known as 'BMW' with the 20-year-old Frenchman starring alongside Ollie Watkins and Saïd Benrahma.

He's bagged 11 goals in 21 league starts for the Bees and will have top flight clubs sniffing around. Brentford would likely demand a large fee given their ambitions to reach the Premier League for the first time in their history. This would probably be the riskiest of the bunch with Brown only managing to score one goal this season for Barnsley. Yet, he's assisted his strike partner Conor Chaplin five times this season and his assists total an impressive eight.

The 21-year-old could become a better player if converted from a forward to more of a number ten role. He has the creativity and the footballing ability to play that role. Whether or not a Premier League team takes a risk is questionable - but Brown has talent.