6 Manchester United Players Who Could Break Through in 2020

Paul Pogba has only made seven appearances in the Premier League in 2019/20 amid injury issues, with the 26-year-old looking ever more likely to leave the club at the end of the season.

Jesse Lingard has failed to pick up a league goal or an assist since December 2018, while Nemanja Matic, Ashley Young, Juan Mata and more have underwhelmed at best, leaving youth as the only real success story of Ole Gunnar Solskjaer's tenure so far.

The likes of Brandon Williams, Mason Greenwood and Scott McTominay have all impressed and the manager may choose to rely on more young prospects this year.

United are famous - perhaps more so than any other top-flight club - for putting faith in youth. Here are six budding starlets hoping to be the next to get their chance at Old Trafford. 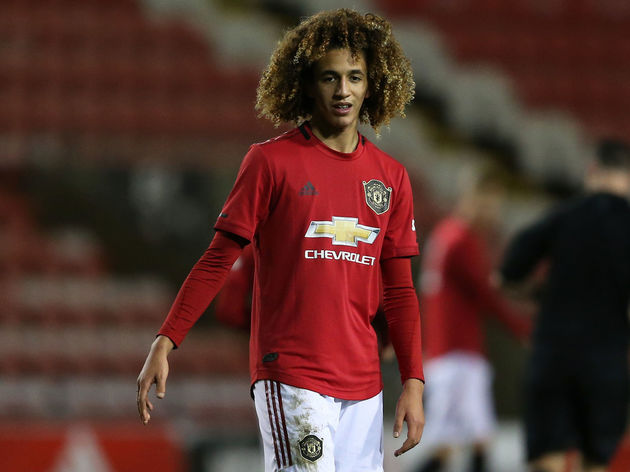 Although Mejbri is only 16, he is definitely one to watch in 2020. The midfielder was bought from AS Monaco last summer for a reported fee of £9.3m and has, by all accounts, settled in well since joining his new club.

Mejbri is admired for his effortless style of play – controlling the ball with ease while dribbling past defenders into the final third. With the young player progressing at such a fast pace, it’s highly likely that will see him feature in the first team in some capacity by the end of the year. Another young Manchester United player to be excited for this year is Anthony Elanga. The winger is a regular for the Under-23s, despite being just 17.

The Swedish star - whose rapid progress has drawn comparisons with Mason Greenwood - is fast and direct with the ball against the opposition. He also has great control and at such a young age, this is likely to improve in the upcoming months.

If the youngster can avoid going out on loan during the next campaign, he could find himself as a potential backup in Manchester United’s first team in the 2020/21 season. Mengi came close to making his debut last year, when the Red Devils travelled to Kazakhstan during their 2-1 defeat to Astana. However, 2020 could finally be the time that the 17-year-old makes his mark in the first team.

The defender, who usually stars in the Under-23s, has become a vital component for the team due to his strong leadership skills. His physicality, as well as his composure and confidence on the ball, means he is often feared by attacking players.

As a lad who grew up in Manchester, it would be a dream come true for the centre back to finally make it into the first-team set-up. Another academy prospect hoping to break through this year is right back Ethan Laird. The 18-year-old, known for his incredible pace, has become a regular for the Under-23s this campaign, with the young defender steadily working his way through the ranks.

Laird has already made two senior appearances for the club - both in the Europa league against Astana and AZ Alkmaar.

He also occasionally trains with the first team – and Solskjaer has made his opinions about the young star clear, with the boss likely to feature him in the squad on more occasions before the end of this season. The Frenchman signed his professional contract with Manchester United back in January 2018, after joining the academy from Paris Saint-Germain the previous year.

However, due to an unfortunate injury, he was unable to make the most of his first year with the Red Devils, returning during the latter stages of the season with the Under-18s.

During the 2019/2020 campaign, the midfielder has been making great progress with the Under-23s. Having just turned 19, the youngster is well ahead of the game – with his physicality and speed making him one to watch in the near future. Ramazami made his first senior appearance for Manchester United last year, during a Europa League group stage match against Astana, where he replaced James Gardner is the final minutes of the game.

Despite the match ending in a 2-1 defeat for the Red Devils, the striker has still shown heaps of potential since coming through the Anderlecht academy and signing for United back in 2017.

During his time in the Under-23s this campaign, the Belgian has already managed nine goals.

He can also play anywhere across the front line and the United boss is expected to give him another chance in the first team this year.