The process of buying up shares began in 2003 and when the Tampa Bay Buccaneers owner, who has since passed away, reached an agreement with Irish magnates JP McManus and John Magnier in May 2005, his holding company had a controlling stake of 57%.

The buying of the remaining shares continued apace and it was in late June 2005 that Glazer hit 98% and forced the compulsory ‘squeeze out’ of the last shareholders. Due to the large scale borrowing that funded the takeover, United were saddled with hundreds of millions worth of debt – the first time that the club had been in debt since 1931 when local businessman James Gibson stepped in to save them from financial ruin.

In October 2019, a detailed long-read by The Athletic on Ed Woodward explained that because of the risks involved with the takeover, several banks had already turned down Glazer proposals. It was Woodward, then an ambitious employee in JP Morgan’s ‘international mergers and acquisitions team’ that agreed to take it on and executed the controversial plans.

Malcolm Glazer himself famously never set foot in Manchester, never gave media interviews and had precious little to do with the club after suffering a stroke in 2006. By the time he died in 2014 aged 85, chief control had long since passed to sons Joel and Avram, co-chairmen, with the rest of the minimally involved Glazer children taking up places on the Old Trafford board.

15 years on from the takeover, and despite much on-field and commercial success, United, an eminently profitable club, are still in the shadow of a huge debt that still exists.

A financial blog in 2010 estimated that £220m of United’s cash would flow into Glazer pockets over a seven-year period up to 2017. Taking into account interest and other costs, the total figure expected to disappear from the club in those years was in excess of £500m.

The Guardian wrote as early as 2012 that the £500m mark had been reached, and by 2018 the same newspaper estimated that the takeover had actually drained £1bn out of the club.

Certainly in the early years of Glazer ownership, it remained business as usual for United on the pitch. In 2005, Sir Alex Ferguson was already well on the way to putting the finish touches on his third great team, one that would win three back-to-back Premier League titles, the Champions League and FIFA Club World Cup in the most concentrated period of success in club history.

Despite the anger from many fans about the Glazer takeover, those successes served to sweep the issue somewhat under the metaphorical rug. The anti-Glazer movement has re-emerged at various times over the years, with the green and gold campaign particularly prominent in 2010. 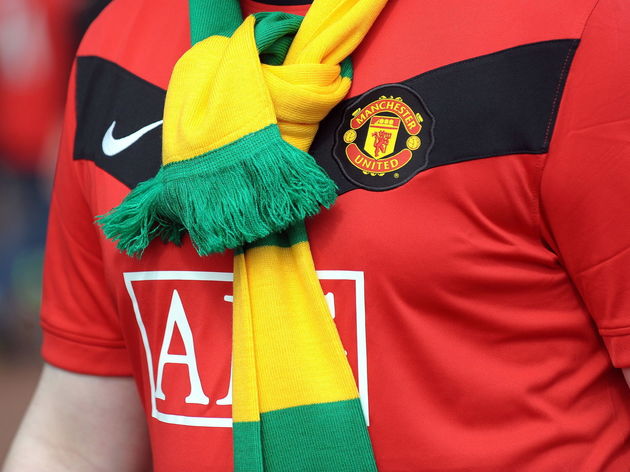 United’s lack of spending in Ferguson’s final years in charge was put down to the Scot’s displeasure at inflation in the transfer market. He was also able to mask deficiencies in the squad and delivered two further Premier League titles in 2011 and 2013. In fact, in those early Glazer years, Ferguson came within a point (2009/10) and goal difference (2011/12) of what would have been an unprecedented five in a row.

The scale of the problems quickly emerged after Ferguson retired in 2013. The club was seemingly willing to sanction big spending, as seen by failed pursuits of Cristiano Ronaldo and Gareth Bale in particular, as well as the successful record captures of Juan Mata and Angel Di Maria, but the football operations weren’t run with the crucial expertise that the task required.

With Woodward, an accountant and banker by trade, overseeing the day to day operations, commercialism thrived, but football policy floundered and United were distinctly scattergraph.

Only more recently has there been something even remotely like a competent approach to recruitment, the type of which Manchester City and Liverpool have perfected, with scouting and the academy both subject to changes. Yet spending on players alone is not enough. It is a lack of investment elsewhere that is really starting to bite and was perhaps no more stark than in the recent Carabao Cup semi-final first leg against Manchester City, when United were played off the Old Trafford pitch by their local rivals. City’s Abu Dhabi-based owners haven’t been free of controversy for different reasons, but here was an all too clear reminder of the scale of their investment – in excess of £1bn – compared to the £1bn haemorrhaged at United.

Imagine what that money could have done.

In a very blunt way, City are literally £2bn better off than United under their respective owners and have a state of the art ‘campus’ surrounding the Etihad Stadium. The club had favourably acquired use of the stadium in 2003, but every inch of what was previously wasteland site in the adjacent area has since been developed, highlighting the importance off-field infrastructure.

United, meanwhile, have a stadium in urgent need of redevelopment at an estimated cost of £200m or more. Work was almost constant in the 1990s and early 2000s, but the Glazers haven’t touched Old Trafford and it is falling more and more into disrepair – the roof has leaked for years. Compare that to the state of art Emirates or Tottenham Hotspur Stadium, or even the major ongoing redevelopment project being overseen by Liverpool’s owners at Anfield. A startling report on Old Trafford this week remarked that United have privately indicted that the cost of redevelopment is ‘unviable and impossible within the financial model on which the Glazers concluded their leveraged £790m takeover in 2005’. But with the club’s 2019/20 Q2 financial report out later this month, the profit will still be rolling in to pay out those dividends.

It has been noted that the work required to fix Old Trafford and an estimated Glazer valuation well in excess of £2bn has even served to put potential buyers off United. The club is…stuck.