The Tipster: The power of a new manager 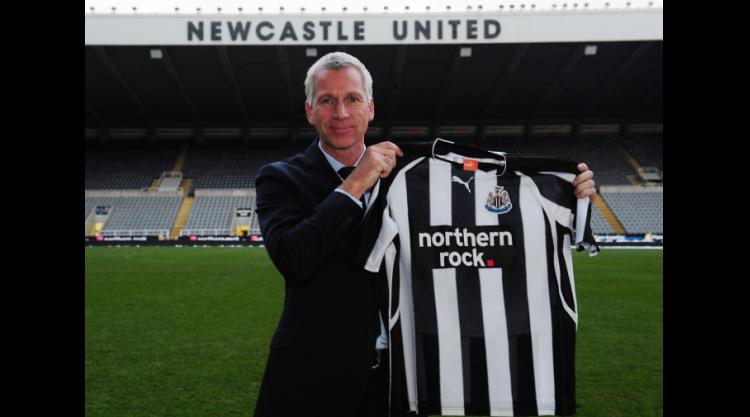 They're an excitable bunch, those Geordies. Whenever a new manager is unveiled on Tyneside - and it's fair to say that is quite often - excitement levels reach Himalayan heights and the entire population of Newcastle seemingly takes a day off work to head down to St James' and cheerily welcome their latest Messiah to Toon. But not this time.

Not necessarily because the incoming Alan Pardew is an unpopular choice, more because his predecessor Chris Hughton was well-liked by players and fans alike and his dismissal came as a bolt from the blue to many on Tyneside.

"Gutted, surprised and shocked," was Kevin Nolan's initial assessment of his own feelings, which pretty much summed up the Geordie nation's sentiments too. They're still reeling now.

The latest incumbent of the Toon hot-seat takes charge of his new team against Liverpool on Saturday knowing he has a lot to do - both to win over the dressing room and convince the fans that he's the right man for the job.

Newcastle sacked Hughton because they felt the club needed a manager with more experience to take them forward. Pardew is a manager of considerable Premier League experience. Seventy-four games to be precise. Of those he has won 25, drawn 16 and lost 33. Now, that's not the best managerial record ever. Nor is it the worst. Far from it.

Whether he is the man to take the club forward in the long term, as he has been charged to do, remains to be seen, but there can be no doubting the effect a new manager has on a team. Every player in the Newcastle dressing room knows he has to prove himself to Pardew, who arrives with his own ideas on who he wants in his team and how to play.

Every player will be out to impress on Saturday, without exception. And the actual manner of Hughton's dismissal could also work in Pardew's favour - there may be an element of 'let's do this for Chris' among the players.

Of course, neither motivational tool can be relied upon to work for long, but for the weekend at least, for Pardew's first game in charge, it can be a real factor. And with Liverpool still failing to convince with any kind of consistency, especially away from home, Newcastle look good to get their new boss off to a winning start at St James' Park.

Bet365 have the Toon at 14/5 - a decent bet to nearly treble your money. As usual, Andy Carroll is sure to give the visitors' defence a torrid time, but with a best price of 2-1 with Coral to score at any time is a little too short to be worthwhile.

Kevin Nolan, on the other hand, at 14/85 with Unibet looks tempting. The Liverpool-born midfielder already has seven this season and he has the added incentive of scoring against his home-town club to spur him onto making it eight. Or even nine (20/1 with Paddy Power) if you really believe in the power of the new manager.