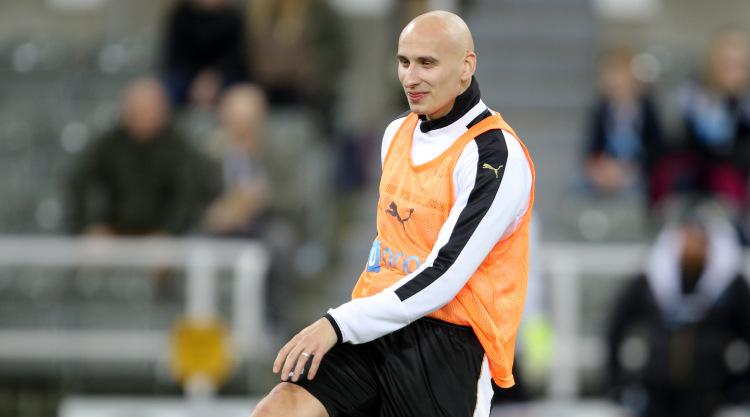 Newcastle boss Rafael Benitez had no qualms about handing Jonjo Shelvey the captain's armband on his return from suspension for using racially-aggravated language towards an opponent.

Shelvey was the architect of the Magpies' 3-1 FA Cup third round replay victory over Birmingham on Tuesday night having sat out five games after being convicted of a Football Association misconduct charge.

However, Benitez did not think twice about naming Shelvey, who denied the charge, as his skipper.

The Spaniard said: "No, because I said before when we had the hearing and everything that for us, it was a surprise.

"In the way that they were going on, it was a surprise that some players of the other team can say something and then you don't charge them and you charge our player. For us, it doesn't change anything."

Shelvey had a hand in all three goals, scored by Matt Ritchie with a ninth-minute penalty and a second at the death after Yoan Gouffran had doubled his side's lead only for David Cotterill to halve it with 19 minutes remaining.

Benitez said: "He's a good player, if he concentrates on his football, he can make the difference."

The Magpies' reward for a first FA Cup victory since 2012 is a fourth round trip to League One Oxford, although the manager, who made eight changes for the replay, insists he will use the depth of his squad once again.

He said: "I don't like to lie and I will say we will try to use the squad and go as far as we can, but using the squad because we know that we have so many games in the league that it's important to have everyone ready and choose the best players for every game without taking risks."

He said: "It's not pleasant, for sure. I keep saying a lot of things are happening, but at the end of the day, it's been too long that a victory hasn't come, so that's the disappointing bit.

"But again, I have been long enough in football to understand when something is progressing well and it won't be long before this team is going to be winning a lot of games.

"When you are playing against teams like Newcastle, who have bright players, very clever players, they take advantage of anything and that's exactly what happened."