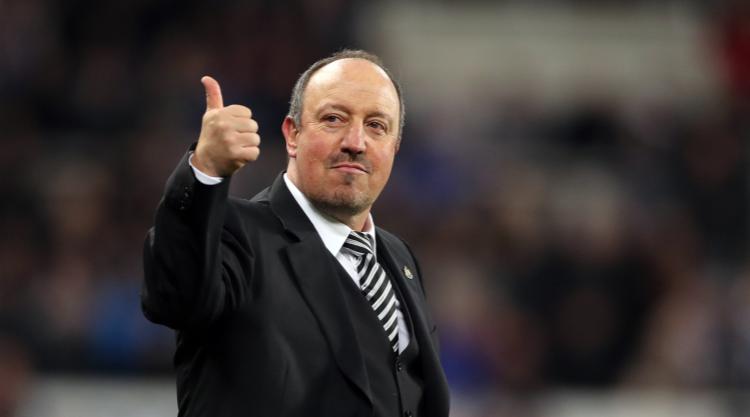 Rafael Benitez tantalisingly declined to confirm whether or not he will lead Newcastle into Premier League battle next season as he celebrated promotion back to the top flight.

The Magpies' 4-1 home victory over Preston ensured their stay in the Sky Bet Championship lasted just one season, with the club becoming just the second relegated side to go up automatically at the first attempt since they did it seven years ago.

But asked if he would still be at the helm in August, Benitez - who signed a three-year contract in May last year - said with a smile: "You never know, that is football. But I am really pleased here, very happy and very proud of everything we have achieved.

"Hopefully we can put in the basement to do something that will be a guarantee for the future too.

"Now it's the time to enjoy, but I am sure that if we do the right things, we have to prepare everything to be strong enough for the Premier League. But we have to wait, enjoy, play another two games and see where we are."

Benitez's comments were perhaps a hint to owner Mike Ashley that he will be seeking substantial backing in the summer transfer market to reshape his squad, although in the short term, he will attempt to wrestle the title from Brighton's grasp with two games remaining.

The Spaniard has helped to re-unite the club with its fans and he was greeted as a hero as he walked on to the pitch on the final whistle.

He said: "The fans have been amazing with me. For loyalty, for everything it means to be at a top side like this with the city behind, I decided to stay.

"Now I am even more happy than before to have made this decision, and really proud and really pleased.

"I am really proud of everyone because we knew that was difficult. At the beginning when everyone was saying, 'Rafa has no experience in the Championship, it will be tough', it was right, it was very difficult."

Ayoze Perez's seventh-minute opener was swiftly cancelled out by Jordan Hugill, but Christian Atsu restored the lead on the stroke of half-time and after North End skipper Paul Gallagher had been sent off for deliberate handball, Matt Ritchie converted from the spot before Perez unwittingly added a fourth.

Preston boss Simon Grayson said: "We gave them a big opportunity to get their noses in front, but after that we got the goal and we controlled the game right up until a minute before half-time, when we shot ourselves in the foot, and then the third one and you were down to 10 men.

"Newcastle haven't had to work hard enough to win that game tonight, we have gifted them a lot of goals, which has been the tale of our last three or four games now."