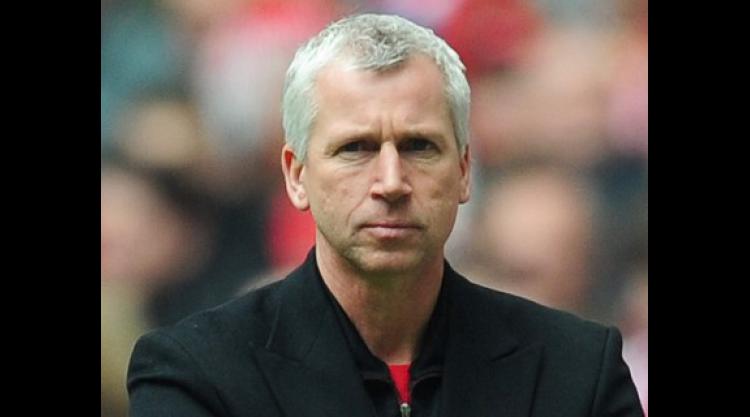 Alan Pardew is expected to be confirmed as Newcastle manager on Thursday after owner Mike Ashley moved swiftly to replace Chris Hughton.

The 49-year-old former Reading, West Ham, Charlton and Southampton manager will be announced as Hughton's successor after spending much of the last three days at the head of the bookmakers' lists of candidates.

Ashley and managing director Derek Llambias were putting the final touches to the deal on Wednesday night and confirmation is expected on Thursday afternoon, meaning Pardew will be on board in advance of Saturday evening's Barclays Premier League clash with Liverpool at St James' Park.

He will be charged with the initial task of keeping the club in the top flight with fears over Hughton's ability to do just that the central reason for his untimely departure.

Pardew will arrive at St James' with his eyes wide open - the days of wild spending on transfer fees and players' wages are long gone, and he will be required to implement a long-term plan based on good husbandry and astute transfer dealing.

He will also have to appease a dressing room shocked by the demise of the man who dragged them together from the wreckage of relegation and forged them into a unit which was able to win promotion back to the Premier League at the first attempt and make a creditable start to the process of ensuring they stay there.

In addition, he will have big decisions to make on local boys Andy Carroll and Steven Taylor with the former having attracted the attention of some of English football's big boys after an impressive start to life back in top flight, while the latter is out of contract at the end of the season and is being tracked by a series of potential suitors.

Hughton was keen to ensure both men remained at the club which brought them through the Academy system, and there is little doubt that the departure of either would not be well received by the fans.

However, if cash is at a premium - Hughton had no plans to recruit during the January transfer window - Pardew may have to generate his own funds, and both would have sizeable market values.

That said, Carroll has become the focal point of the team and his nine goals to date have proved invaluable, while Taylor is a proven central defender whose return from injury could hardly have been better timed with Fabricio Coloccini and Mike Williamson both suspended