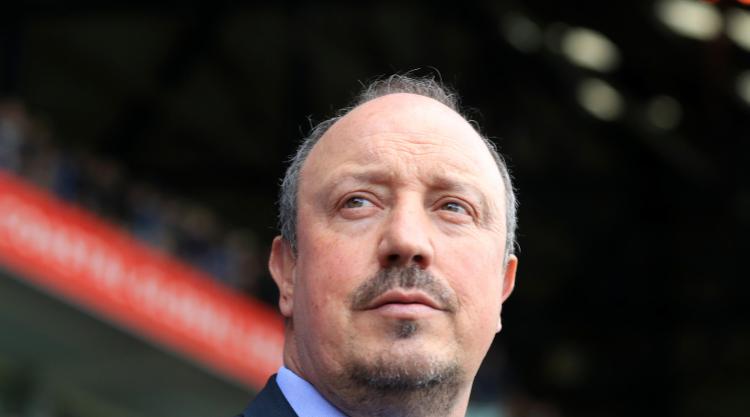 Paco de Miguel insists Newcastle will manage without Rafael Benitez if he does not make it to the dugout for Sunday's Premier League trip to Swansea.

The 57-year-old Spaniard has three times had to abandon his efforts to get to the club's training ground this week after undergoing surgery to address an infection resulting from a hernia operation he had two years ago.

He remains at his home in the north west and is by no means certain to travel to south Wales, with the club even having a helicopter on standby to get him to the Liberty Stadium if he is well enough.

However, if he is not, his coaching staff of Moreno - full name Francisco de Miguel Moreno, or Paco for short - Mikel Antia, Antonio Perez and Simon Smith are confident they and the players can get the job done in his absence.

Asked about Benitez's chances, Moreno said: "I don't really know. Today was better than yesterday. Hopefully he can join us. If that doesn't happen, we are not bothered, we can manage.

"Rafa is okay. He had the operation on Monday and is recovering properly. He will be fine in a few days."

It has proved a difficult few days for Benitez, who famously likes to exercise as much control as possible on preparing his team for whatever lies ahead, and while Moreno admits he and his fellow coaches have had many telephone conversations with the manager, it has been business as usual.

He said: "It's not been difficult because we have been doing the stuff we normally do here. We are going on a daily basis.

"It's different when he is here because he is the man for us, but our work for training and preparing for games is exactly the same.

"He tried (to come) yesterday, but he suddenly realised he couldn't get here. He wants to be here because you know his passion for his football and the profession. First of all, it's about his health. We have said to stay at home and rest himself.

"He has been on the phone in the same way he normally does, I don't see a difference. He is at home and we are in touch and preparing like we do."

Whether Benitez gets to Swansea or not, he and his staff have decisions to make with midfielder Jonjo Shelvey available after completing a three-match ban.

Striker Aleksandar Mitrovic starts a similar lay-off, while Dwight Gayle has shrugged off a hamstring problem to challenge summer singing Joselu for a starting berth up front.