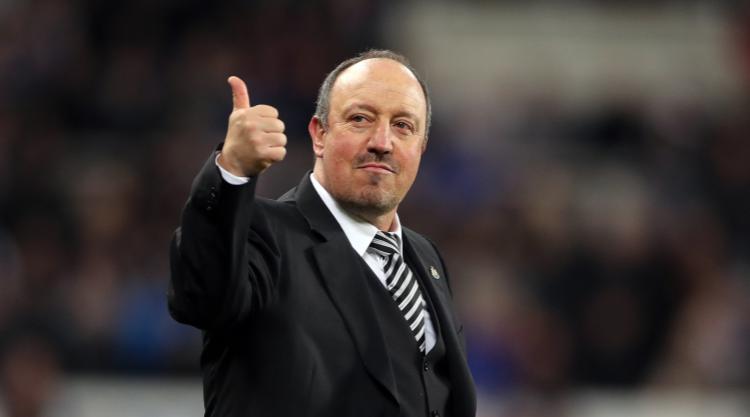 Newcastle boss Rafael Benitez is planning for life in the Premier League after a traumatic 24 hours on Tyneside.

The 57-year-old Spaniard guided the club back into the top flight at the first time of asking on Monday evening, but the celebrations were still ongoing when managing director Lee Charnley was arrested and later released without charge as part of an investigation by HM Revenue & Customs (HMRC).

However, Benitez insisted it was business as usual as he prepared his side for Friday night's Sky Bet Championship trip to Cardiff, although he did admit that he was glad promotion had already been secured.

He said: "There is an investigation about something that happened four or five years ago. I will not talk about the investigation.

"What we did was train as usual, a normal session. Today I talked with Lee about pre-season. We are trying to do football business in the same way.

"A friend was telling me that we were lucky that we were promoted already, so I will take the positive. The positive thing is that we have done our job, and we enjoyed that for a couple of days.

"We have to be really proud of what we did, wait, and just do what we have to do, concentrate on football."

Benitez revealed owner Mike Ashley had contacted him by telephone to congratulate him, his staff and the players on promotion, and revealed talks on the way forward, which could shape his continued presence at St James' Park, will take place soon.

He said: "If you are asking if he has congratulated me, yes, and we will discuss the future of the club, the future of myself and everything. We will do it in the professional way that I like to do things.

"I will have the meeting with him in, I don't know, days or maybe a week, or something like this."

Asked if he had a decision to make about the future, Benitez added: "I am quite confident everything will be fine, but my focus is on the remaining games.

"I need to talk with Mike and it depends on how things are going whether I am optimistic. At the moment, I am quite happy.

"We have been fighting hard to go back to the Premier League and we will do our best to be sure we have a competitive team and that we can challenge for whatever."