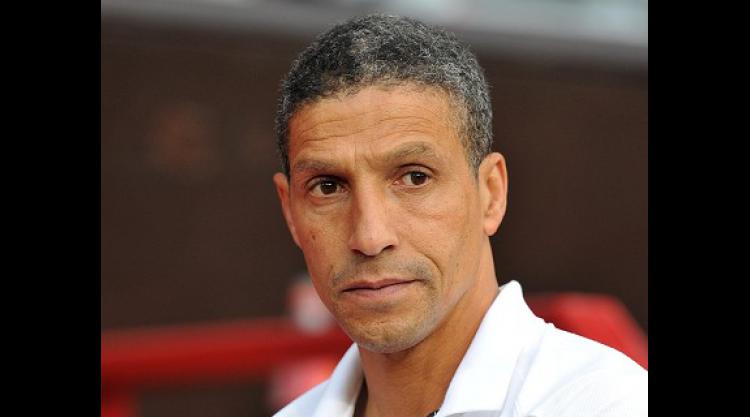 Newcastle boss Chris Hughton has accused Martin Atkinson of getting the big penalty decisions wrong in their 2-1 loss at Manchester City.

The Magpies fell behind to one Hughton was convinced should not have been given for a Mike Williamson foul on Carlos Tevez. Then, as Newcastle tried to battle back from what turned out to be the winning goal by substitute Adam Johnson, their manager was equally certain Shola Ameobi had been upended by Joleon Lescott.

"This game was always going to be difficult with the world-class players Manchester City have and the lads they have got on the bench," said Hughton. "You need things to go your way. Unfortunately it didn't happen."

He continued: "The referee has made two horrendous decisions. Mike Williamson had played the ball and also, the tackle was outside the box. Then Shola Ameobi's standing foot was taken away from him."

Newcastle's misery was compounded by the broken leg Hatem Ben Arfa suffered, with the club last night revealing he will undergo surgery today on a broken tibia and fibula in his left leg.

The Frenchman did not even get a free-kick for the challenge by Nigel de Jong, which has drawn a stinging response from a variety of ex-professionals, although Hughton kept his counsel.

"It was a challenge that did not need to be made," he said. "I don't want to speak about challenges. Hatem has broken his leg. When you have a young talented player with that type of injury it is upsetting."

"You have to give credit to the boss," said City assistant-manager Brian Kidd, who was able to celebrate the Blues moving into second spot, a point ahead of neighbours United.

"He was not prepared to draw. He wanted to win. The way he changed his tactics after half-time proved that."