Carroll earns praise all round 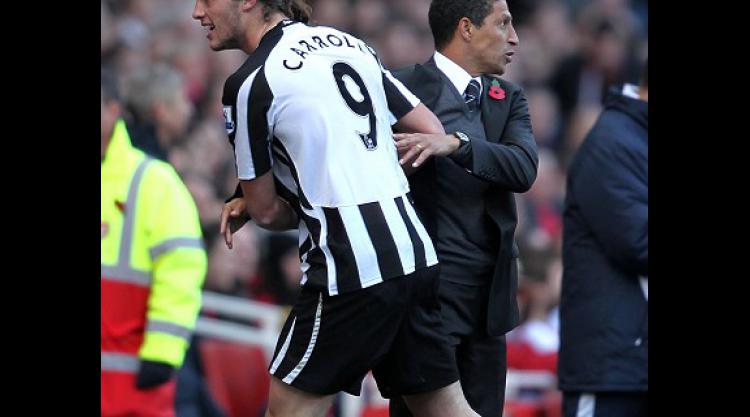 Andy Carroll earned the praise of both managers after he came closest to breaking the deadlock in Newcastle's goalless draw with Fulham at St James' Park.

Cottagers goalkeeper Mark Schwarzer denied Carroll his eighth goal of the season with a superb save which ensured honours remained even on Tyneside.

Newcastle boss Chris Hughton said: "He is a young player who we have wanted to make very good progress - he has done exactly that. He has added goals to his game."

He added: "He is very different to most other strikers and he couldn't have done any more this season to stake a claim (for England).

"When we decided to give him that number nine shirt, it was because we felt he could very much develop into that role, and he couldn't have done any more than he has done."

Fulham boss Mark Hughes saw central defender Brede Hangeland deal well with the Gateshead-born frontman, but is confident he can make an impression on the international stage when his chance comes.

He said: "He will certainly make an impression. Whether or not he would be able to go straight in and cement a place long-term, that's a different debate.

"But if he was involved, he would certainly make people sit up and take notice of him, certainly in opposition.

"He's a difficult player to deal with and if he gets the right service, which on occasions he has had this season, then he's a real threat and you have to acknowledge that."