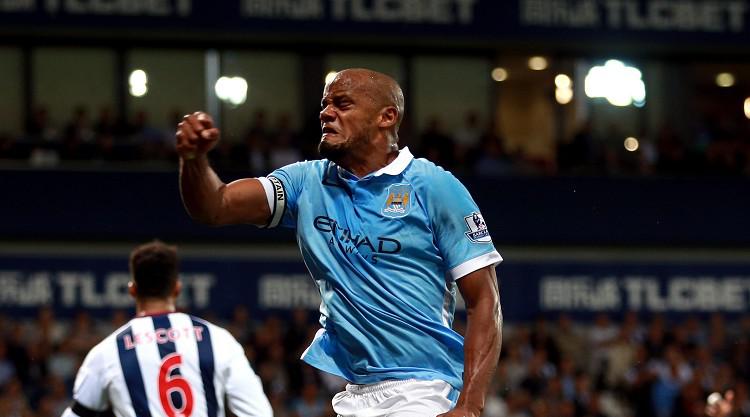 It was feared the City captain faced yet another lengthy lay-off after being forced off with a calf injury just 11 minutes into the Premier League leaders' victory at Newcastle on Wednesday.

The 31-year-old defender was seen hitting a seat in the dugout in frustration after leaving the field but Guardiola says subsequent assessments have proved positive.

Guardiola said: "It is not as bad as we thought. We think he will be ready for the next fixtures, but we'll know exactly tomorrow. It's not a big issue and hopefully he can be soon ready to help us."

The upbeat news comes on a good day for Kompany, who has announced that he has completed a master's degree in business administration at the University of Manchester.

The Belgian, who achieved a merit grade, managed his studies around his playing career.

His work included a dissertation project looking at how Premier League clubs can benefit from home advantage and achieve game-changing levels of improvement. It involved interviewing 25 international players.

Kompany said: "I've always felt education is very important and this was instilled into me by my late mother from an early age. It felt like a fitting tribute to my mother to pursue my academic career by studying an MBA.

"When you're playing football at the top levels, even managing your personal finances starts to become like running a business.

"It was important to me that I understood what my accountant was talking about and that I could confidently assess a business plan to take ownership of this area of my life.

"Although I want to continue playing football as long as possible, I may look to use this combination of academic learning and years of playing experience in the future."

Guardiola congratulated Kompany for doing something so constructive with his spare time.

Speaking at a press conference, Guardiola said: "That's top. The career for a football player is short, they know that. You are 22 years old then immediately you are 32, and the career is over.

"When you retire at 33, 34, 35, 36 you still have a lot of life to live. You have to do something and you have to prepare. It's important. It's clever, congratulations. It's a good sign from Vincent, really good."