Playing Every Two Days Is Killing Us And Fa Must Act, Says Guardiola 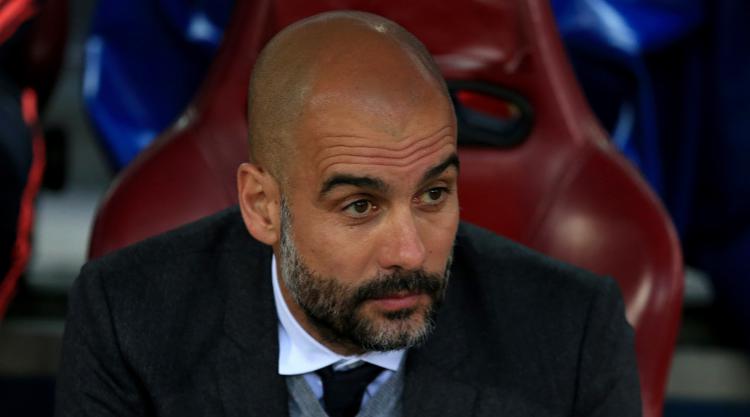 Pep Guardiola claims the congested festive fixture schedule might "kill" his Manchester City players and has urged the Football Association to "think a little bit" more about their welfare.

Raheem Sterling scored after just 38 seconds as City roared back to winning ways at the expense of Watford on Tuesday.

City's comfortable 3-1 victory at the Etihad Stadium restored a 15-point lead at the top of the Premier League and saw them take three points again after the rare 'blip' of a goalless draw at Selhurst Park.

The result never seemed in doubt after Sterling's 18th goal of the season - the quickest scored in the top flight this season - with Christian Kabasele putting through his own net soon after and Sergio Aguero netting in the second half.

Guardiola, however, was most concerned about his players' welfare after an intense programme of four games in 11 days.

De Bruyne may have escaped serious injury but striker Gabriel Jesus is facing between four and six weeks out with a knee problem and Kyle Walker suffered a knock late in the game.

Guardiola said: "We are going to kill them. I think the federation (FA) has to reflect.

"Here in England, we don't protect the players and that is a big mistake.

"You have to look for the quality, not the quantity. You can play every three, four or five days but not play every two days. It is not basketball, it is not tennis. The players need recovery.

"But it doesn't matter. The show must go on. I don't think anything is going to happen because the tradition is the tradition but just think a little bit about the players, please. They are artists."

David Silva was also influential on his return to the side after missing four of the previous five games for personal reasons.

Guardiola said the issue has been of a family nature and he may have to miss more games because of it.

He said: "He's free to stay or leave, it depends. He wants to stay because he enjoys it a lot, but family is the most important thing in life.

"It doesn't matter if we drop a lot of points because he is not here. I will never push him. Some days he will be here, some he will be out, it depends how his family is."

City showed they meant business after Palace ended their record-breaking 18-game winning streak with Sterling's early goal but they won at a canter.

Watford, thrashed 6-0 by City in September, could only muster a late consolation from Andre Gray.

Guardiola said: "We played an amazing performance, we scored a goal, we could score more. I think the team showed a lot of good things. It means a lot for us."