Raheem Sterling should still be a Liverpool player, says his agent Aidy Ward 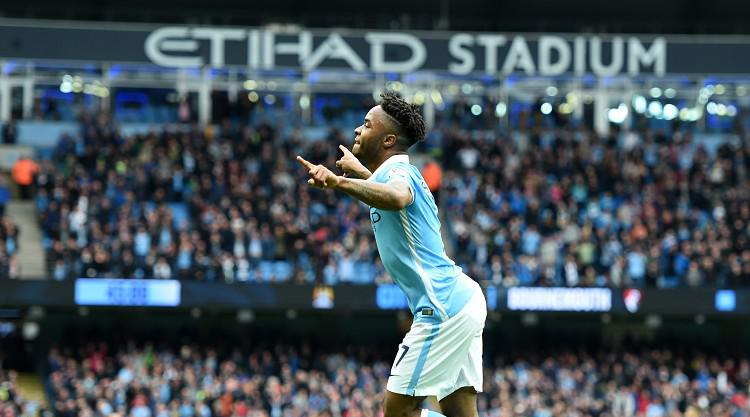 Raheem Sterling should still be a Liverpool player, according to his agent.

The winger left Anfield in the summer to join Manchester City and the smooth transition he has made belies the acrimonious nature of his departure from the club he joined as a 15-year-old.

Aidy Ward, Sterling's agent, has pinned the blame for the breakdown of their relationship with Liverpool at the door of former boss Brendan Rodgers.

"I have no issue with anyone but Rodgers," Ward told the Daily Mail.

"He had a massive job with massive funds. How did he do? Good coach, but as a manager I didn't like certain things about how he dealt with Raheem.

"Fifty per cent of the players would probably tell you Brendan is not a good manager, but he is a good coach.

"Raheem could've stayed, he should be at Liverpool. I think for me it was like he was being told to be a good boy and sign a contract.

"In December I spoke to Liverpool and said we'll sign a contract if there is a buy-out clause - those clauses are now common practice. They said no to that.

"Then there were remarks. In press conferences, Brendan told everyone Raheem would sign - why do that?

"I knew, Brendan knew and Liverpool knew there was an issue. Right now he probably should be a Liverpool player, but he's not and he's in a great place at City."

Sterling appears to be a natural fit at top-of-the-table City, scoring five goals so far, including a hat-trick against Bournemouth on Saturday.

On the same day, Jurgen Klopp made his debut as Liverpool boss following Rodgers' sacking a fortnight earlier.

Ward is a big fan of the German and expresses a certain regret that Sterling did not get to play under him.

He said: "The new Liverpool manager probably would have been a great fit for Raheem - passionate, disciplined in the right way, new ideas, not afraid of trying new things. He'll do great at Liverpool.

"He's going to get the best out of those players. It could have been a dream come true."