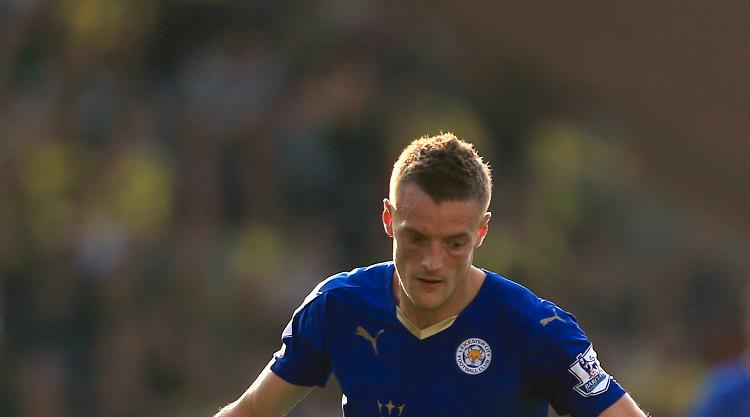 Jamie Vardy has praised the impact made by substitutes Riyad Mahrez and Nathan Dyer during Leicester's 2-2 Premier League draw at Southampton.

Claudio Ranieri sent the substitutes on after a first-half in which the Foxes were convincingly outplayed to fall 2-0 behind.

The energy they provided inspired a vastly-improved performance, and after Dyer set up Vardy to head Leicester's first goal with a right-wing cross, Mahrez played a fine through-ball to the forward to score the equalising goal and rescue a draw in the first minute of second-half stoppage time.

"We made the changes at half-time and Riyad has set one up, and Nathan has done the same just before, so they made a brilliant impact," Vardy told Foxes player.

"We were just on top all the second half. That showed the competition we have in this squad and that can only be good for the club. As a player you want to be on that pitch and in the starting XI.

"It is brilliant at the moment. The way Riyad has fed the ball through, I was clean through.

"Nathan's cross, you probably won't see me score that many headers but I have managed to get my head on it.

"I am oozing confidence but we just need to keep it going. It is nothing to do with me really. It is a team game and as long as Leicester keep getting the points that is all that matters.

"The team has put me in the position to score the goals and the whole squad has been a massive help to me.

"Hopefully, it will continue and we will keep getting the points week in and week out."