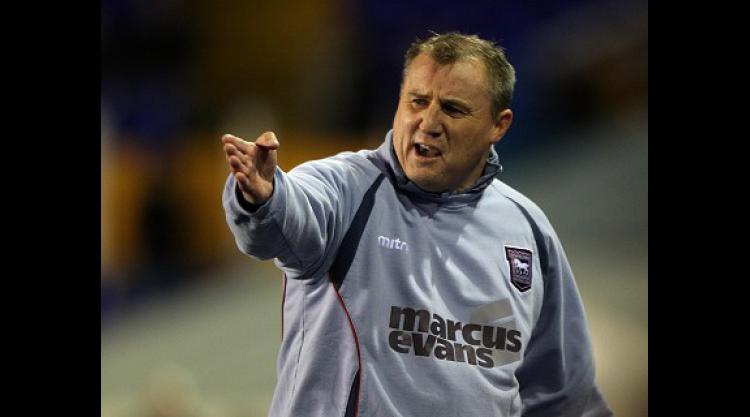 Ipswich 3-0 Millwall: Match Report - view commentary, squad, and statistics of the game as it happened.

Millwall's 13-match unbeaten run came to an end as resurgent Ipswich recorded a third successive npower Championship victory - 3-0 - thanks to a brace from DJ Campbell.

The Lions went into the encounter as the second tier's form side having won four of their last five, boasting four successive clean sheets in the process.

And they should have taken the lead as they enjoyed the better of the opening half-hour, Chris Wood heading a great chance over while Town goalkeeper Stephen Henderson denied Andy Keogh, Liam Trotter and James Henry.

Campbell punished the visitors as he then converted a flowing move from close range for his seventh goal in 12 games since joining on loan from QPR.

The striker turned provider five minutes after half-time as he chased down Danny Shittu, gained possession and fed Daryl Murphy to sweep home.

Campbell then bagged his second from the penalty spot after Shane Lowry's handball - Town's fourth successive game in which they have been awarded a spot-kick.

Campbell's form will certainly give QPR boss Harry Redknapp food for thought, with his loan stay due to expire in January.

It is the first time Ipswich have recorded three successive wins in 10 months while Mick McCarthy has now won five of his eight games since taking charge.

The game's first chance went to Town striker Murphy after seven minutes but he could only head wide from Lee Martin's cross.

Henderson made his first smart save from Keogh's header before Lions strike partner Wood wasted a golden opportunity, nodding Henry's free-kick over the bar from five yards.

Millwall's profligacy was their undoing on that occasion but they were denied twice by some superb goalkeeping by Henderson just after the half-hour mark.

Trotter was kept out as Henderson parried his effort and from the rebound Henry saw his shot tipped around a post.

Murphy fired over from 12 yards for Town before Ipswich opened the scoring in the 37th minute courtesy of a well-worked move.

Martin released Aaron Cresswell down the left and he delivered a great cross for Campbell to convert from close range.

It proved the final act of note in the first half but Town fans did not have to wait long after the break for a second as Campbell turned provider.

The striker chased down Millwall defender Shittu and, when he gave away possession, Campbell squared for Murphy to convert from six yards.

David Forde had to be alert to prevent a third as he tipped Martin's free-kick over the bar, before Campbell fired off target when presented with a great chance from close range.

But the points were wrapped up in the 64th minute when Lowry was penalised for handball, leaving Campbell to convert from the spot.

Shittu went some way to making up for his error late on when he denied Martin a fourth, clearing off the line.