Hartlepool hanging from a thread as relegation looms after Cheltenham defeat 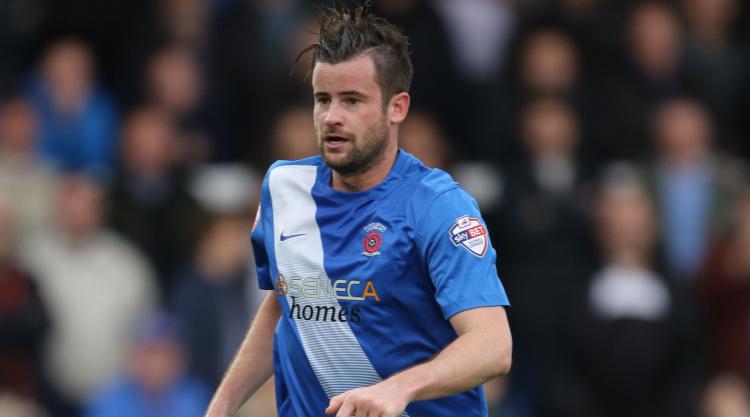 Hartlepool's 95-year stay in the English Football League hangs by a thread after a narrow defeat to Cheltenham left them needing a final-day escape.

The result, which secured the Robins' own survival, stretched Pools' winless run to seven games and would have been enough to send them down had Newport not surrendered the lead to lose 2-1 at Carlisle.

The Exiles, who went ahead through defender Mickey Demetriou before conceding to Jabo Ibehre and Nicky Adams, remain two points above their relegation rivals going into the final weekend of the campaign, although Hartlepool's goal difference is one better.

The destination of the Sky Bet League Two title will also go down to the wire, with Plymouth putting themselves in pole position ahead of Doncaster and Portsmouth.

Derek Adams' Pilgrims came from a goal down to beat Crewe 2-1 thanks to strikes from forwards Ryan Taylor and Nathan Blissett - following James Jones' early opener - and they now have a one-point advantage over Doncaster.

Rovers have led the way for much of the season but they were defeated 3-1 at home by Exeter, who sealed their play-off place with goals from Jordan Moore-Taylor, David Wheeler and Liam McAlinden.

Pompey are a point further back after Carl Baker's second-half goal dented Mansfield's top-seven hopes by earning a 1-0 success at Field Mill.

There also promises to be plenty of twists and turns left in the race for the final two play-off spots with seven clubs remaining in contention.

Carlisle, on 68 points, occupy sixth position after their win over Newport, with Blackpool a point further back following a 1-0 loss at Notts County in which Richard Duffy claimed the winner.

Stevenage are behind the Seasiders only on goal difference thanks to Josh McQuoid's second-half leveller in a 1-1 draw at Yeovil after Jean-Louis Akpa Akpro had put the home side ahead, while Cambridge and Wycombe are both on 66 points, one ahead of Mansfield.

Scott Wharton's opener and a late penalty from Luke Berry earned Cambridge a 2-0 victory over Crawley, who had Josh Payne sent off, while Adebayo Akinfenwa's 89th-minute equaliser secured Wycombe a 1-1 draw at Morecambe after Kevin Ellison had broken the deadlock eight minutes earlier.

Colchester also looked set to move on to 66 points until their match at already-relegated Leyton Orient was abandoned due to a pitch invasion five minutes from time.

The U's were leading 3-1 at Brisbane Road thanks to goals from Tarique Fosu, Chris Porter and substitute Macauley Bonne before unhappy home fans flooded the field in protest at the plight of their struggling club.

In the day's other game, John Akinde moved level with Doncaster's John Marquis at the top of the division's scoring charts with his 26th of the season as Barnet beat Grimsby 3-1. David Tutonda and Curtis Weston were also on target for the Bees, while Craig Disley netted a 74th-minute consolation in reply.