Burak Yilmaz back to boost Galatasaray for European date 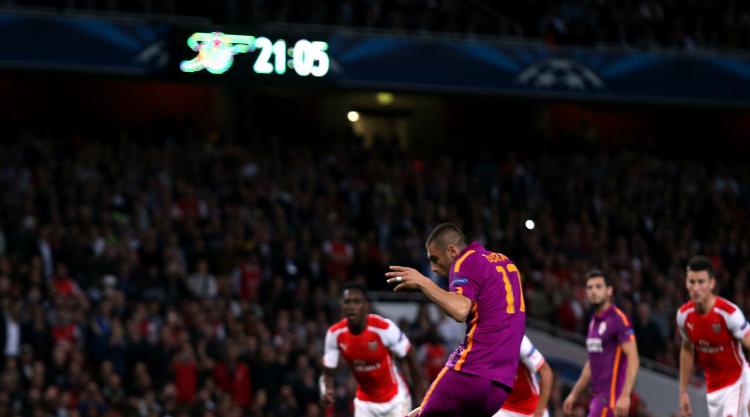 Galatasaray will be bolstered by the return of talisman Burak Yilmaz when they host in-form Benfica in Wednesday's Champions League clash at the Turk Telecom Arena.

The Turkey international striker returned to action after being sidelined for a month with a hamstring problem in Saturday's 4-1 Super Lig win over Genclerbirligi.

Yilmaz came off the bench and scored his 75th goal for Gala.

German forward Lukas Podolski, who started at the weekend, hopes his side can build on their fourth straight league victory and clinch a first triumph in European competition on Wednesday.

"It was an important win and we took three valuable points," Podolski said on his club's official website. "A very tough week awaits us but we are ready.

"We are taking aim at three points."

Galatasaray are second in their domestic competition, level on 17 points with next weekend's opponents Fenerbahce, and two points adrift of league leaders Besiktas.

The Turkish club, coached by Hamza Hamzaoglu, have endured a slow start to the Champions League.

They fell 2-0 at home to Atletico Madrid before a 2-2 draw at tournament debutants Astana in the previous round.

They are without a win in their last 10 European matches.

Benfica have won their opening two Group C games, including a 2-1 surprise success at Atletico Madrid last time out.

The defending Portuguese champions have not reached the knockout round since 2012.

"We are fully focused on this match and not on this weekend's derby against Sporting Lisbon," Benfica defender Andre Almeida said on his club's official website.

"We have the possibility of taking a step closer to our aim which is to progress to the next round.

"We respect Galatasaray but we will give our all to beat them."

"We are going to face a team that has a lot of quality and great players," he said on his club's official wesite. "A team that above all is very strong in attack.

"We need to limit Galatasaray's virtues and take control of the game."

Benfica are fifth in the Primeira Liga, five points adrift of league leaders FC Porto, but with a game in hand.

The visitors will be without defender Nelson Semedo and striker Nuno Santos, with both sidelined by knee injuries.

Brazilian forward Jonas, who has struck seven goals in all competitions for Benfica, is set to lead his team's attack with Nicolas Gaitan, who has scored twice in the Champions League, playing in support.

The hosts will be missing midfielder Hamit Altintop, who is sidelined with a knee problem.