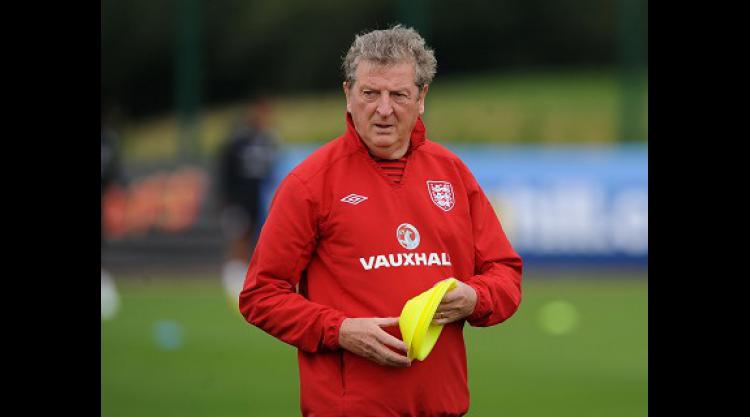 Walcott was undergoing a scan on Friday night for a chest injury following the collision with Simoncini and looks likely to miss Tuesday's encounter against Poland in Warsaw.

Hodgson said: "If I described it as reckless I would be being kind. It was a very fierce challenge although I don't think for one minute there was any malice in it when he went for the ball. Irrespective of that it was a very bad challenge."

He added: "When your goalkeeper does that you are very lucky to still have him on the field and not to have a penalty given against him. (Walcott is) having a scan. It didn't look too good, but until they have X-rayed it and scanned it we really don't know. It did put a dampener on the evening."

Captain Wayne Rooney and Manchester United team-mate Danny Welbeck both netted twice with Alex Oxlade-Chamberlain scoring his first senior England goal. Further good news for Hodgson was that Ukraine, who held England to a draw at Wembley last month, could only draw in Moldova where England have already won 5-0 in Group H.

Hodgson added: "There are a lot of positives. There could have been a lot more goals but there was a lot of goalmouth action and a lot of quality passing in the game. We were patient, we probed and created chances on a regular basis throughout. They were two extremely positive aspects.

"The third positive aspect happened in Moldova where Ukraine only succeeded in drawing, not winning, which most people expected them to do. It means our three points here and the three points in Moldova weigh that bit more heavily."

Hodgson also saluted the performance of Rooney whose two strikes, his first coming from the penalty spot after Simoncini had brought down Welbeck, saw him overtake Tom Finney, Nat Lofthouse and Alan Shearer with 31 England goals, fifth on the all-time list.

Hodgson said: "He (Rooney) still has a lot of years of football in him. There was never any doubt he was a good captain. I thought all the Manchester United players played with enormous confidence, the inter-passing between them was good throughout.

San Marino coach Giampaolo Mazza, meanwhile, defended his goalkeeper, saying: "It was unfortunate, just an accident. Obviously the goalkeeper didn't do it on purpose. We are really sorry for Walcott and hope he will recover for Tuesday. Despite the result it was a great game, one of the best in the qualifying round for us. We played with a lot of fair play."