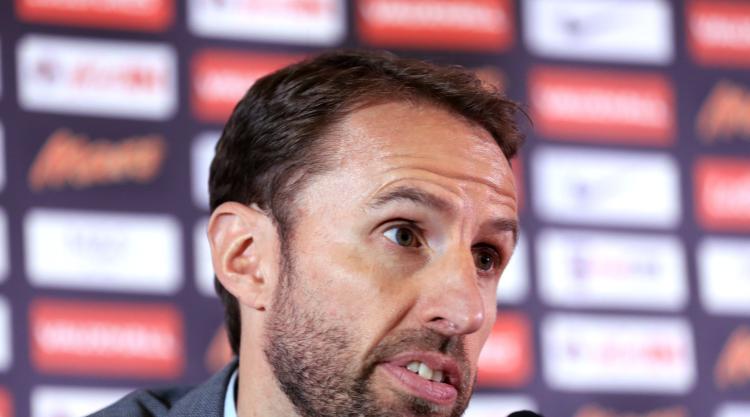 England manager Gareth Southgate has been told his job is safe even if the Three Lions lose all their group matches at next summer's World Cup.

Southgate took up the reins on a permanent basis 12 months ago on a four-year contract and oversaw a successful qualification for the 2018 showpiece event, where England will face Belgium, Tunisia and Panama in the group stage.

And Football Association chief executive Martin Glenn says he will retain faith the nation has the right man at the helm - "for the next few tournaments" - regardless of results in Russia.

"Gareth has a long-term contract. We've got a long-term plan. You've seen it; you've seen some of the fruits of it," Glenn said, quoted in several national newspapers.

"Long-term plans are hard to defend when the short-term results go against you.

"He's not looking at Russia as a free pass. The World Cup's a really important staging post for our development, I think.

"We go out there wanting to win it but also being realistic. No-one wants to have a bad World Cup but we're confident he's the right guy to take us through for the next few tournaments."

England's future hopes have been buoyed by recent age-group successes, including Under-17 and Under-20 World Cup victories, and Glenn reckons showing long-term vision is the way forward.

"We're going to do it in a way that's sustainable," he said. "So we're going to make sure that we're picking the kind of players that can do their best in Russia and continue to kick on in 2020 and 2022.

"What we're doing is making sure that players that have made it through to the first team by 21, 22, have had lots and lots of tournament experience. So those under-17 winners and under-20 winners will be coming through and they are serious competitions to win.