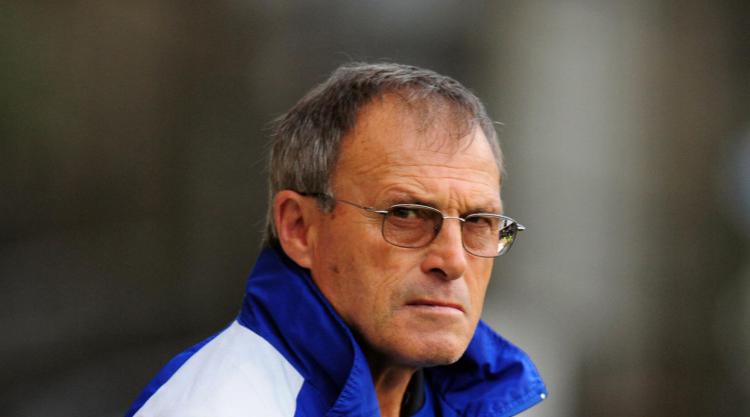 Crewe have confirmed their director of football Dario Gradi has been suspended from football on an interim basis.

It is understood the Football Association is investigating claims that Gradi ''smoothed over'' a complaint of sexual assault against Chelsea scout Eddie Heath as part of its wider inquiry into allegations of historical child sex abuse within the game.

Press Association Sport learned on Sunday that Gradi, 75, had been suspended pending the investigation and his club confirmed this on Monday morning.

In a short statement, the club said: "Following discussions with the Football Association, Crewe Alexandra Football Club can confirm that Dario Gradi is currently under an FA interim suspension from football."

Gradi denies any wrongdoing and says he will help the FA's inquiry.

Last week a former youth player at Chelsea, where Gradi was assistant coach, claimed he was assaulted by Heath in 1974.

Gradi later joined Crewe in 1983 and was manager there until 2011 before becoming the League Two club's director of football.

In a statement before his suspension, Gradi - who has made no specific comments on this development or his links with Heath - said: ''Suffice to say, I will do everything within my power to assist all investigatory authorities.''

The development comes after police revealed dozens of potential suspects have been identified in connection with historical child sex abuse allegations in football.

According to figures released by the National Police Chiefs' Council (NPCC), 98 clubs spanning all tiers of the game have been ''impacted''.

The National Society for the Prevention of Cruelty to Children (NSPCC) and local police forces have referred more than 600 reports to Operation Hydrant, the national co-ordination hub for non-recent child abuse allegations.

NPCC lead for child protection Simon Bailey said: ''Allegations received by police forces across the country are being swiftly acted upon.

''We are also liaising closely with the Football Association to ensure all relevant information they hold is shared to inform investigations moving forward.

''We continue to urge anyone who may have been a victim of child sexual abuse to report it by dialling 101, or contacting the dedicated NSPCC helpline, regardless of how long ago the abuse may have taken place.

''We will listen and treat all reports sensitively and seriously. Anyone with any information regarding child sexual abuse is also urged to come forward.

''Please be assured that the information provided will be taken seriously and acted upon.''