Glenn Hoddle: Pep Guardiola still has everything to prove 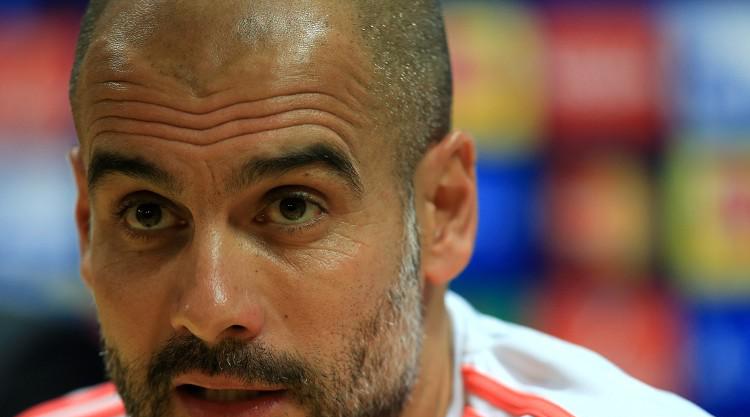 Pep Guardiola still has "everything to prove" as a manager and moving to the Barclays Premier League will be the "biggest test" of his career, Glenn Hoddle has claimed.

Manchester City and Chelsea are both said to be pursuing the Bayern Munich boss after he announced he will end his spell with the German giants at the end of the season.

The 44-year-old Spaniard is heralded as one of the greatest managers in the game after winning 14 trophies in four years at Barcelona before leading Bayern to two successive Bundesliga championships.

But Hoddle, the former England and Tottenham boss, has warned Guardiola that the Premier League will prove to be a far tougher challenge.

"He will have everything to prove in this country because it is different here," Hoddle told Press Association Sport.

"If you go to Bournemouth - it is not like Barcelona going to Getafe or a team down the bottom where they are scared stiff of you.

"There are three teams in La Liga. The rest are technically good teams but they all play the same way. In this country you have to earn every single point you get."

Hoddle, who was speaking at a Serafino 4th EDGE football boot event, added: "I would really like him to come and test himself whoever he goes to - whether it is Manchester United, Manchester City or Chelsea - this will be a real test for him and he knows that.

"Barcelona is a test because it is a massive club. It is so powerful in Spain and they are a very special team. Bayern Munich are the same.

"But this league - particularly like it is this year - is a test for any manager and it will be his biggest test."

With Chelsea, who sacked Jose Mourinho last week, and Manchester City chasing Guardiola, Manchester United, without a win in their last six games, are also said to be considering a managerial change with Louis van Gaal coming under increasing pressure at Old Trafford.

United crashed out of the Champions League earlier this month and a 2-1 defeat at home to Norwich on Saturday saw them slip out of the top four.

"Van Gaal has got a big job to do to turn it around," Hoddle added. "I could see problems there at the beginning of the season. The fixtures were kind and they didn't have too much of a test. They were winning scruffy. And when they got a test - and they got tested at Arsenal - they lost.

"Teams are actually looking forward to going to Old Traffford and that never used to be the case. It isn't the place that it once was and there is a lot of work to be done."

: : Glenn Hoddle was speaking at a Serafino 4th EDGE football boot event to reveal that the former England manager has signed up as a technical consultant to what is said to be the most revolutionary football boot since the Predator.