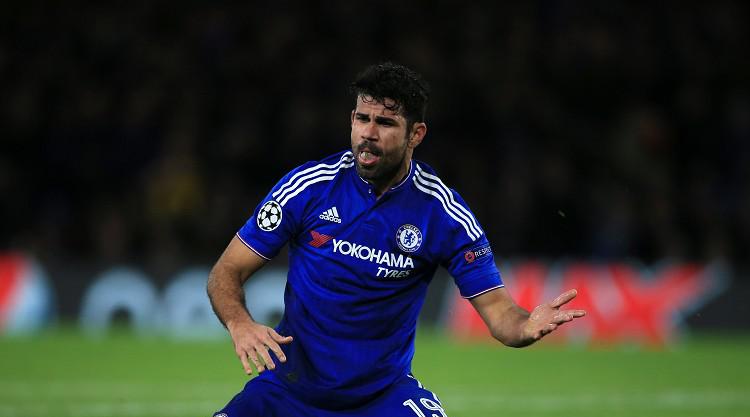 Guus Hiddink will tolerate the odd act of petulance from Diego Costa as long as the Spain striker does 'what he is hired for' and scores goals for Chelsea.

Costa was criticised for throwing a bib in the direction of Jose Mourinho during Chelsea's goalless draw with Tottenham on November 29, frustrated at remaining an unused substitute.

Hiddink revealed he once threw the De Graafschap captain's armband at manager Huib Ruijgrok - and insisted top players prove their value in quickly recovering their cool rather than losing it in the first place.

"He's an emotional guy, and there was something with a bib," said Hiddink of Costa, who hit 20 goals last term but has now drawn a five-game blank.

"When I went back to my home, a long time ago, I was subbed even as captain.

"That day is fixed in my brain even though it was just after World War Two!

"I was captain of my team and the manager substituted me at half-time.

"I thought I'd performed, but I threw off my armband and threw it at him, saying 'you make a new captain'.

"It was also an emotional reaction borne out of frustration.

"Sportsmen are allowed to show a bit of emotion, but they must know five or 10 seconds later that they're wrong.

"I think he can focus on what he is able to do.

"I cannot guarantee there won't be an outburst from him or others, but they have to focus on what they're good at.

"What I've experienced in the last few days, and with the last game he played - he was in control.

"He was focused more on what he is hired for here, which is helping to score or assist and not going into other things.

"I think he was well controlled when I experienced him now in the last days.

"I cannot have any complaints about him."

Mourinho carried the can for Costa and other top stars failing to fire at Chelsea this term, the Portuguese sacked last week.

Hiddink has stepped into a caretaker breach until the end of the season, reprising the role he filled in 2009 when steering Chelsea to FA Cup glory.

Mourinho had given up on a top-four Premier League finish in the wake of the 2-1 league defeat at Leicester that proved his last match at the Blues' helm.

Hiddink, however, has told his players to chase a top-four finish and automatic Champions League qualification as long as the mathematics allow.

"Mathematically it's possible to get into fourth position," said Hiddink, ahead of Chelsea's Boxing Day clash with Watford.

"If the target is impossible, don't do it. But I did put that to them.

"Then the Champions League, then the FA Cup.

"On top of that, or as a foundation of that, they must show now what they're capable of.

"As a consequence then, you go to those targets."