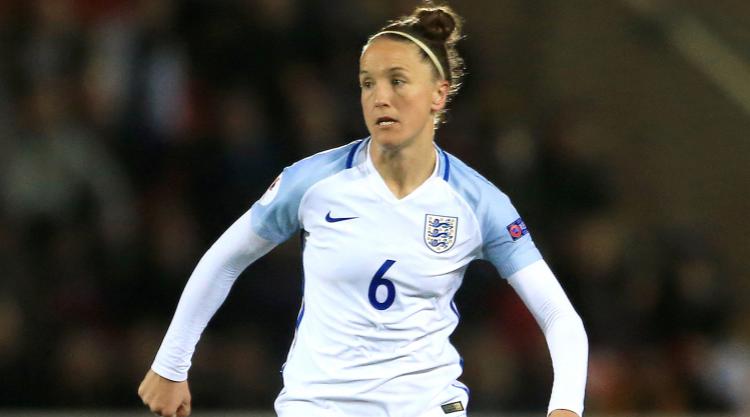 Casey Stoney believes Chelsea Ladies manager Emma Hayes has struck a blow for women with an eye on a touchline future - but she is determined to deny the Blues glory at Wembley this weekend.

Stoney turns 34 on Friday, a day before she lines up for Arsenal Ladies against Chelsea in the SSE Women's FA Cup final.

She remains a cornerstone player for the Gunners and England, however she has one eye on becoming boss of a team in the Women's Super League.

Over four years at Chelsea, former Arsenal assistant manager Hayes has developed a team who are the reigning Women's Super League and FA Cup champions.

"With the success Chelsea have had, it just shows that female managers are more than capable of going in there and making a difference and having successful teams.

"As much as it's annoying being an Arsenal player and seeing that, it's fantastic from a female coach's point of view to see that.

"When I hang my boots up, I want to stay in the game. It's my life. I'd love to manage in this league."

Centre-back Stoney will have her work cut out dealing with Chelsea's England strikers Eni Aluko and Fran Kirby.

"They're two fantastic players. There's no better stage to test yourself against the best than Wembley," Stoney said.

"It could be a key area where the game is won and lost: their front four against our back four. We've got to make sure we're absolutely at the top of our game.

"We've got some talent too. Fara Williams' name speaks for itself. She can open the game up for us. She's played in FA Cup finals, she's played at Wembley, she's got a calm head and she'll just play the game, she won't play the occasion."

As a player who has had a boot in both camps during her career, Stoney stressed her true affections lie with the Gunners, calling it "a myth" that she supports the Chelsea men's team.

Stoney began her career as a Chelsea youth player, and returned in 2007 for a four-year stint that included a short spell as player-manager.

It was while with the Blues that Stoney experienced the club's bleakest period - "a world away" from Chelsea's relatively cosseted current situation.

She used her influence in 2009 to alert John Terry, skipper of the men's team, to the team's plight, after slashed funding came as a major blow.

"It was a difficult time. Our budget had been cut, and John was quite keen on having success throughout the club," Stoney said.

"He sorted out tracksuits when we didn't have tracksuits, and he asked the right questions of the people in the club to keep the team up and running.

"He's a big advocate of the women's game and he has been since, and having that support was vital.

"Now they're supporting the women's team and it's a world away from how it was when I was there. There's no coincidence it's now showing with success on the pitch."

The attendance of 30,710 for that match is expected to be beaten this weekend.

Stoney never thought the day would come when Wembley would stage such an occasion.

"I've been to many men's cup finals, and seen them walking up the steps. You think to yourself, 'I wonder what it would be like to do that', and you start to dream," Stoney said.

"I didn't think in my lifetime we'd ever have a Women's FA Cup final at Wembley. This puts it on the same platform as the men's game and it shows how seriously it's being taken."