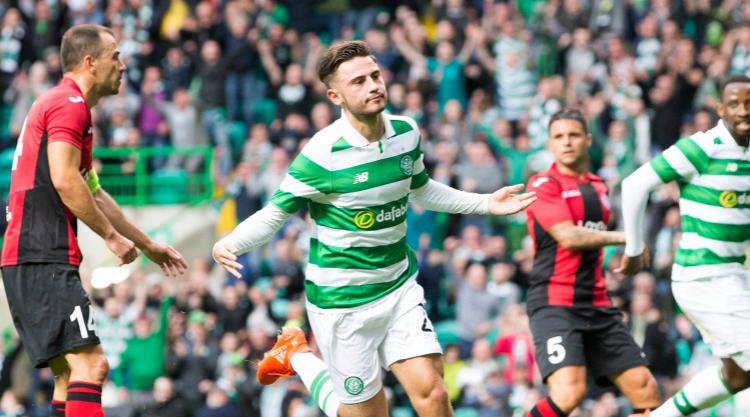 Patrick Roberts showed his desire to play Champions League football with a thrilling display in Celtic's 3-0 win over Lincoln Red Imps at Parkhead.

The 19-year-old winger, on loan from Manchester City, forfeited an opportunity to be with England Under-19s at this summer's European Championship - they play Italy in the semi-final in Mannheim today - to try to get the Hoops into the Champions League.

However, he was left on the bench for last week's shock 1-0 defeat to the part-timers in Gibraltar.

Roberts was one of five changes Brendan Rodgers made for the return game in Glasgow and, in a man-of-the-match performance, he scored a clinching third goal in the first half after defender Mikael Lustig and striker Leigh Griffiths had turned the tie in the Hoops' favour.

"They (England) are out there in Germany playing and I wanted to play in the Champions League which has always been my dream," he said.

"The manager has a lot of players and chooses the team. I am always ready and waiting to play.

"I enjoy playing football and have done since I was a kid and when I get out there I try to do my best for the team.

"I have always believed in my ability and always want to play at the highest level. I will give 100 per cent to do that."

Rodgers is hoping to bring in a couple of new faces for next week's game in Kazakhstan, but must beat tonight's deadline.

The Parkhead club have been linked with Jon Flanagan of Liverpool, Blackburn defender Shane Duffy and Aston Villa's Scott Sinclair.

Asked how realistic the prospect of recruiting new players might be, he said: "Hopefully, that is what we are looking at.

"There is no doubt we need one or two more in, that I want to bring into the team, so let's hope we can do something before that (window) closes.

"That would be the plan, hopefully we could do that and that would be a great boost to the squad."