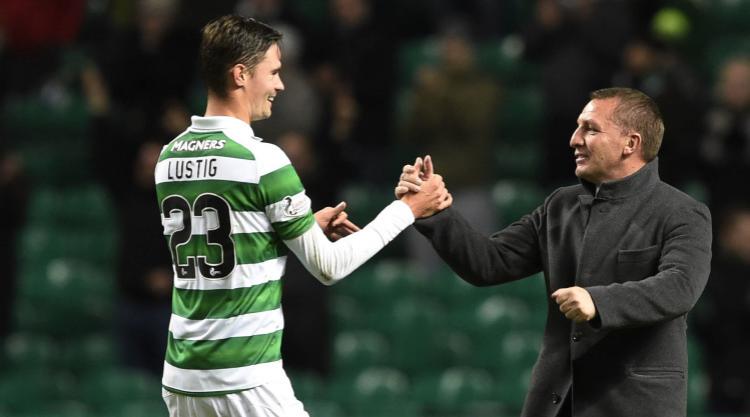 Mikael Lustig claims his well-publicised rabona at St Johnstone last week was simply a sign of the confidence at Celtic.

The 30-year-old Sweden international produced the eye-catching moment of skill in a 25-pass move which ended with Callum McGregor backheeling the ball to Moussa Dembele, who steered it into the net for his hat-trick in a 5-2 win.

Lustig was speaking ahead of the William Hill Scottish Cup fifth-round tie against Inverness at Parkhead on Saturday, where the runaway Ladbrokes Premiership leaders look to extend their unbeaten domestic run since the start of the season to 30 games.

The former Rosenborg defender said: "It was a brilliant team goal and a good three points and we are happy with that.

"I have done it before but it didn't lead to a goal.

"But it is not all about the rabona, we kept the ball for over 20 passes and I think everyone got a touch of it which is really good because it is really hard for the opponents to run after the ball.

"We were 4-2 up, I don't think I am going to pull that off in the first couple of minutes but absolutely, the confidence is really high and that proved that.

"One of the biggest things in football is confidence and at the moment and for the biggest part of the season we have had that and that is why we are a really good team."

Lustig recently signed a new two-year contract which ties him to the Parkhead club until 2019 and is hoping to reach the last-16 of the Champions League during that time.

However, more immediately he is looking to make sure Celtic get into the Scottish Cup quarter-final draw.

He said: "We really want to win it. We know that if you lose in the cup you are out so of course the pressure is there.

"We know it is going to be tough but like I said before the confidence is really high."