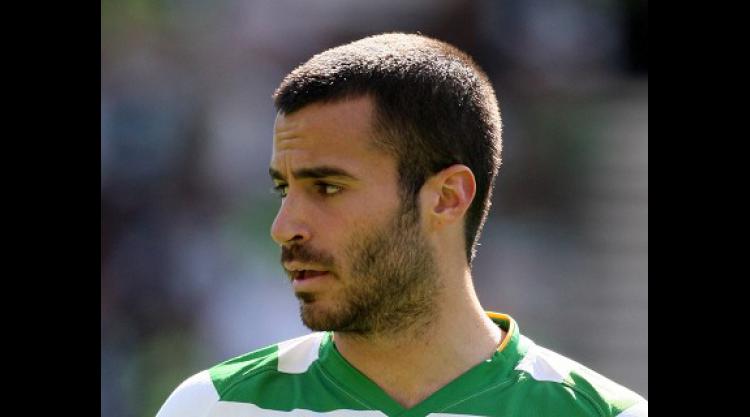 Marc Crosas insists he has no intention of quitting Celtic this summer, despite his lack of match action since Tony Mowbray was sacked as manager.

Spanish midfielder Crosas has been linked with a move to Malaga, while Barcelona also have an option to bring the 22-year-old back to the Nou Camp as part of the deal that brought him to Parkhead almost two years ago. Crosas became a regular under Mowbray but his only appearance under interim boss Neil Lennon was as a substitute in last month's Active Nation Scottish Cup semi-final defeat by Ross County.

"I've two more years at Celtic and I want to finish my contract," Crosas said. "Who knows? I may well want to sign another contract when the time comes because I love it here. I certainly don't want to leave."

He added: "I don't even want to think about leaving Glasgow. It's a wonderful place and every time my family visit they see how happy I am. That's important to me.

"You never know what can happen in football. A new manager could come in and not want me and, if that's the case, then I have to find another option.

"I'm a footballer and above all else I want to play. The only game I've played for Neil Lennon was against Ross County and it's been hard watching since.

"But every day I give my best in training to change the manager's mind and when I get a chance next season I want to take it."

It was another reminder that Celtic's season ended without silverware for the first time in seven years.

Crosas added: "I feel there are things I need to help put right next year. It's not just been a bad year for me personally but also for the club."