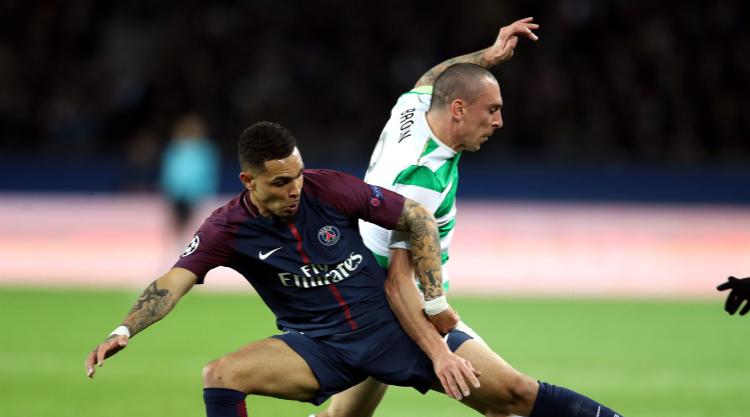 Boss Brendan Rodgers is confident his Celtic side will suffer no lasting damage from the 7-1 thrashing by Paris St Germain as they turn to Sunday's Betfred Cup final against Motherwell at Hampden Park.

Former PSG youth player Moussa Dembele fired the Hoops into a stunning first-minute lead in the Parc des Princes on Wednesday night but the big-spending French club responded in some style to dish out another Champions League beating to the Hoops.

A Neymar double was followed by goals from Edinson Cavani and Kylian Mbappe before the break but PSG, who had won 5-0 at Parkhead on match day one, were even more ruthless in the second half with goals from Marco Verratti, Cavani and Dani Alves.

The Parkhead club are still in third place in Group B, three points ahead of Anderlecht and now look to clinch a Europa League spot as they face the Belgian side in their final Group B fixture next month.

But the cup final comes first, with the Northern Irishman Rodgers confident that his players will recover.

He said: "Of course, with professional pride you are not so pleased and happy when you lose seven goals, but they gave everything.

"I would be very surprised if they (PSG) don't make the final with the sheer level and quality they have in the team and the confidence which they play with each other.

"So we will be absolutely fine.

"We will be back on the training field and we will be ready and even more determined now to win on Sunday."

By making five Group B wins out of five, Paris St Germain broke the record for most goals in a group stage by taking their tally to 24 with one fixture remaining, away to second-placed Bayern Munich, whom they lead by three points.

Boss Unai Emery is looking to clinch first place and a seeding for the last-16 draw when they travel to Munich.

He said: "I am very happy with the result.

"We will analyse how we can improve for the next game.

"But it is true that we had a very good performance and if we could have avoided the first goal we have conceded (in the tournament) it would have been better for us.

"We cannot stop, we cannot rest because all games require that we keep on improving."