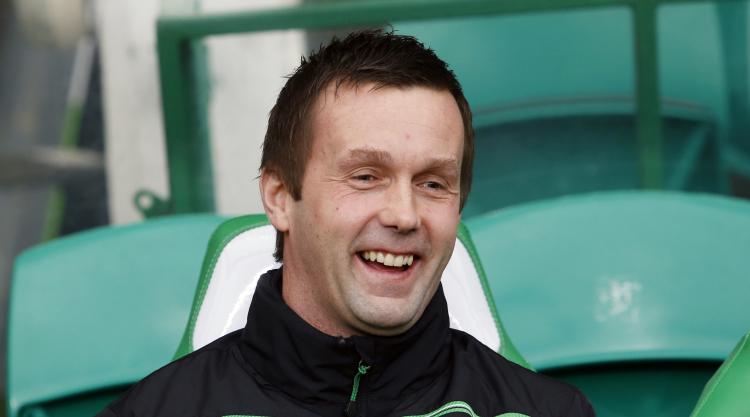 Boss Ronny Deila was as happy as the Celtic fans after three positive second-half substitutes helped the Hoops finish their 3-0 home win over Inverness in style.

Some Parkhead supporters booed their team off at the interval after a goalless first half which would have ended with the visitors ahead had skipper Gary Warren not missed an open goal with a header.

Celtic goalkeeper Craig Gordon saved a one-on one-with Jordan Roberts just after the break and the Highlanders were made to pay for that profligacy when Gary Mackay-Steven opened the scoring in the 53rd minute with a drive. T op scorer Leigh Griffiths then made it 2-0 with a shot in off the post in the 59th minute.

Deila then replaced Stuart Armstrong with Scott Allan and Stefan Johansen with Ryan Christie, before 19-year-old Patrick Roberts - on loan from Manchester City - came on for Mackay-Steven to make his debut.

Celtic fans have only seen fleeting glimpses of attacking midfielders Allan and Christie since their arrivals from Hibernian and Inverness respectively but, along with Roberts, they excited the crowd in an entertaining finale as Griffiths scored a second in added time to take his goal tally to 32 and open up a six-point gap over Aberdeen at the top of the Ladbrokes Premiership.

Asked if he understood why the fans would like to see more of those players, Deila said: "It is always fun to have presents, when you don't know what you get.

"They have skills that can open defences and take people on and they showed that today and that is very positive.

"They had energy and looked like they really wanted to show themselves and I think I would expect that when they come at Celtic Park.

"There is more space but in the end we won as a team and that is a positive thing.

"But they played with the confidence and worked hard and that is the combination I am looking for."

Deila resisted the chance to make changes at the interval, stressing that Celtic had to be in a commanding position before he brought on the entertainers.

The former Stromsgodset manager said: "I could have (made changes at the break) but maybe we wouldn't have won the game. It is hard to say.

"Every team comes from solid defence first of all, that is the first thing. If you are open then there are problems.

"We have a very hard-working team. Maybe there is not so much creativity in the starting eleven but you know that they are going to do the hard work and that is important, and it is also good that we have players who can come on like today.

"Then we need to get this together, the hard work and the flair."

"On another day, if we took our chances it might have been a different game," the former Celtic defender said.

"To lose a goal 10 minutes into the second half was very disappointing.

"But I have seen many a boxer knocked down come back and win the fight and I said that to them so it was the second one that killed us.

"But I can't ask any more from them. I am getting everything that they've got."