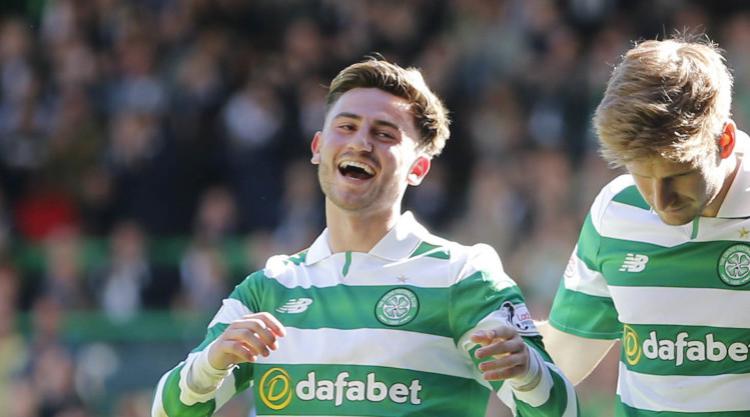 Celtic's commanding 4-1 home win over St Johnstone on Saturday was just another example of Brendan Rodgers' high demands, according to Patrick Roberts.

The 20-year-old winger turned in a man-of-the-match performance and scored a double as the treble-chasing Hoops extended their unbeaten domestic run to 43 games, on the back of last week's record 5-1 win against Rangers at Ibrox.

Defender Dedryck Boyata and substitute Callum McGregor were also on target in a one-sided Ladbrokes Premiership encounter with striker Steven MacLean's leveller turning out to be a consolation for the Saints who, in the end, were fortunate not to lose more heavily.

Roberts, on loan from Manchester City until the end of the season, confirmed on Friday that he would be staying for the William Hill Scottish Cup final against Aberdeen on May 27 at the expense of a trip to the Under-20s World Cup in South Korea with England.

And he believes the same attributes which Celtic have shown all season are fuelling a journey which ends this season at Hampden Park.

He said: "We've had a head of steam all season.

"We have been on fire. We keep the same mentality in training and when it comes to the game we have the same intensity that we always do.

"The gaffer has instilled that in us and that has been key for us this season; the belief and mentality to keep winning and the desire to score goals is crucial and we have done that in abundance this year."

Roberts admitted it was not an easy decision to pass up on the opportunity to represent his country again.

The former Fulham player said: "Playing for my club and country are both proud honours for me, so it is never easy.

"But the chance to play for the treble and make history at this club is important to me.

"That's what I came here to do and what I want to finish doing."

St Johnstone have lost all four fixtures against Celtic this season but remain the last Scottish side to beat the Hoops with their 2-1 win at McDiarmid Park a year ago.

Tommy Wright's side remain in fourth place with a Europa League spot still in their sights and he assessed the defeat in the context of facing the runaway league winners who remain in rampant form.

He said: "We have our own targets. It doesn't derail what we are trying to achieve this season.

"Maybe them running away with it with such ease really isn't great for the league in general but in terms of our targets, I am glad that game's out of the way and there are three we can concentrate on to hopefully get enough points to get European football."