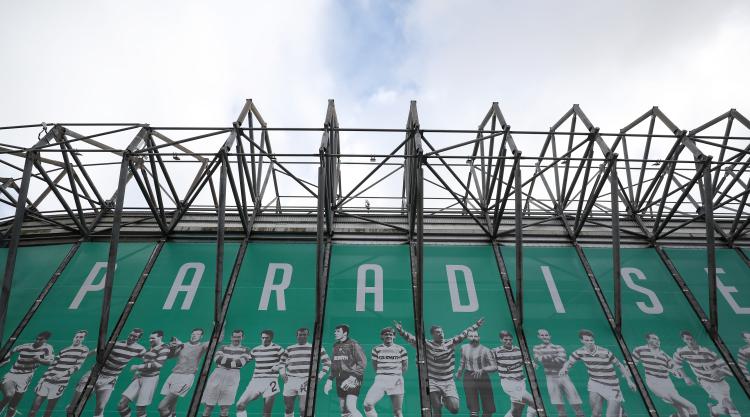 The Hoops had gone 69 domestic games unbeaten before their stunning 4-0 defeat by Hearts at Tynecastle on Sunday.

Playing their 35th game of the season, the champions led at the interval through a powerful 35th-minute strike by midfielder Stuart Armstrong.

Left-back Kieran Tierney added a second in the 67th minute to make sure of the win which took the champions five points ahead of second-place Aberdeen who visit on Saturday.

Rodgers said: "It's so tough for the players, what they're asked to do. They're virtually playing back-to-back seasons. It's absolutely incredible the energy they're putting into games.

"It took us a wee bit of time to get going and find our range but you see the condition of the players and how stronger they got as they went on.

"There are certain parts of the team where you need that energy and be dynamic and the players showed that this evening.

"We created chances to get more goals but what was important for us was keeping a clean sheet. That was vital for us and I thought as a team we defended very well and counter pressed very well."

At the interval Celtic's new signing, 32-year-old centre-back Marvin Compper, who will officially join the Scottish champions on January 1 from RB Leipzig on a two-and-a-half year deal, was introduced to the home fans and Rodgers believes he is going to be an important player for the Parkhead side.

He said: "I am really excited about him. He has a wealth of experience.

"He is coming off the back of one of the teams that have grown in the last five years and he was a mainstay for them 18 months ago when the finished second in the Bundesliga.

"So for us to get him is a real coup for us because he is a bit talent."