Brendan Rodgers: Celtic have moved on from early season blip at Inverness 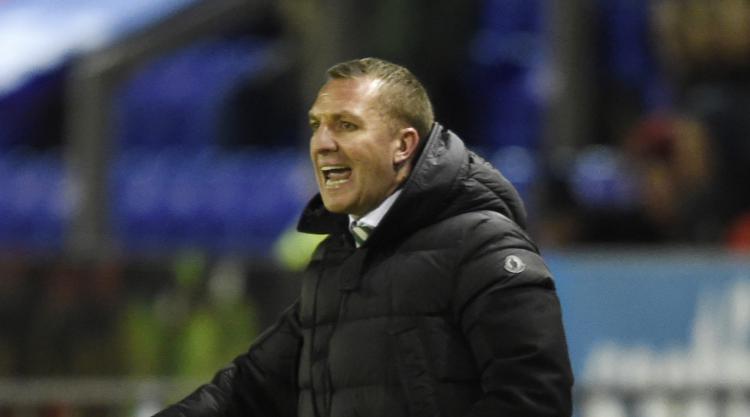 Brendan Rodgers believes Celtic's early-season blip at Inverness can be left in the past following the impressive 4-0 win at the Tulloch Caledonian stadium on Tuesday night.

The only two points the runaway league leaders had dropped in the previous 26 league games was in the 2-2 draw against the Highlanders in the Ladbrokes Premiership at the same venue last September.

However, a double from 20-year-old French striker Moussa Dembele, which took his tally to 31 for the season, and strikes from winger Scott Sinclair and midfielder Stuart Armstrong blew the league's bottom side away and took the Hoops 27 points clear of Aberdeen.

The Parkhead boss spoke of his side's improvement and hopes references back to the dropped points will stop.

He "I said back then the team would get better.

"Even though we played well in that game, there was no level of control like that, no idea how to press and work together.

"That shows how we've come on from that point. Maybe people will stop talking about that game now!"

Indeed, Rodgers believes his side's performance in what was the Hoops' 22nd successive league win which made it 33 domestic games unbeaten since the start of the season was at the level he had hoped for when he took over from Ronny Deila in the summer.

The former Swansea and Liverpool boss said: "It was a really complete performance. When I came in here in the summer, if I was to think of a performance that would reflect how we wanted to work and play, this was it.

"That was a demonstration of what we've been working towards. Defensively very strong and aggressive, denying them space, giving them no opportunity to play.

"With the ball, playing with charisma, mobility, penetration and looking a real threat.

"I take my hat off to the players, a brilliant performance on back of Inverness getting a good couple of result."

Inverness boss Richie Foran was disappointed in the way his side performed following the encouraging 2-1 home win over Rangers on Friday night.

He said: "Maybe we thought a good result against Rangers that's good enough for us but it was poor and they know it themselves.

"The positive thing is we probably won't have to play Celtic again.

"We were beaten before we went on the park. We didn't believe we could score a goal never mind win the game.

"But I expect them to bounce back again."