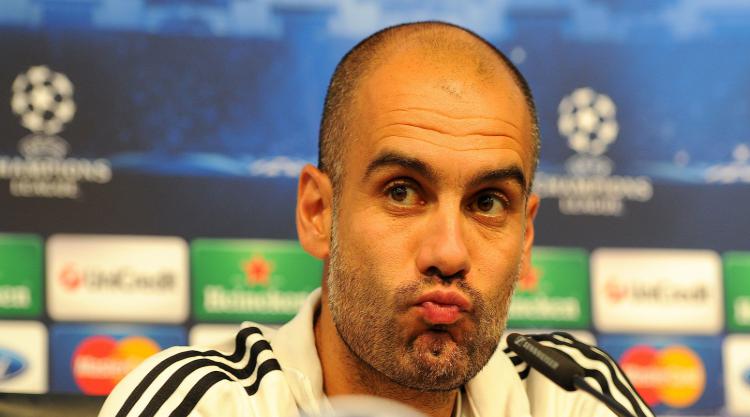 Bayern Munich coach Pep Guardiola walked out of a press conference on Friday after being asked about reports linking him with the England manager's job.

The Catalan's contract with the Bavarians is up for renewal next summer and he has been keen to avoid the subject, repeating that he does not wish to talk about his future.

Speculation has linked him with a move to Manchester City while it was being suggested on Friday that he is being lined up as the successor to Roy Hodgson.

When pressed on that subject at his weekly pre-match press conference ahead of Bayern's trip to Mainz on Saturday, Guardiola rose from his seat and bade farewell.

"Oh come on, I'm coach of Bayern Munich," he said. "Many thanks and auf wiedersehen."

The question about whether he would be interested in taking charge of the Three Lions after Euro 2016 proved to be the final straw for the 44-year-old, who had already deflected an initial enquiry into his future plans with a polite "next question please".

Guardiola has led Bayern to back-to-back Bundesliga titles yet he questioned at the start of this, his third season in charge, whether he was indeed the right man for the job.

He said he would step down if he ever got the feeling somebody else would be a better choice for the club, fuelling speculation he is preparing his departure from Bavaria next summer.

Bayern have also recently cooled talk of extending Guardiola's contract, saying negotiations will be held as and when the former Barcelona coach is ready.