Ange Postecoglou resigns as Australia coach ahead of Russia 2018 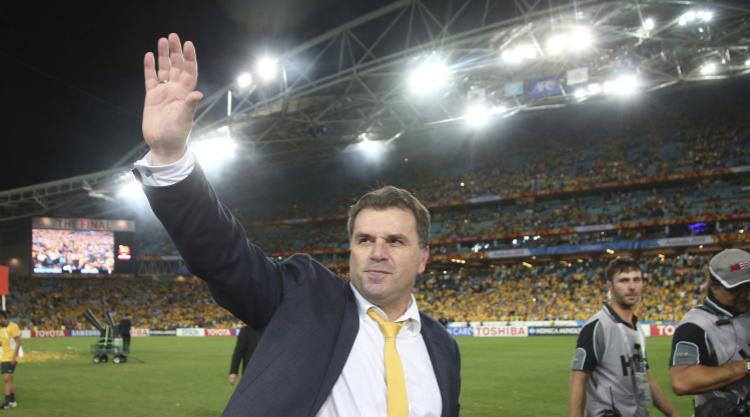 Australia will be looking for a new coach to take them to the World Cup after Ange Postecoglou announced his resignation.

Postecoglou took the reins of the Socceroos and led the side to their fourth straight World Cup with a 3-1 win over Honduras earlier this month.

The 52-year-old's four-year spell in charge saw the Australian national team win the Asian Cup on home soil in 2015, but they laboured to book their tickets to Russia after a disappointing show in Asian qualifying.

Speaking at a press conference on Wednesday, he said: "After a great deal of thought and soul-searching, I've decided that the journey for me ends as Socceroos coach.

"As I've said many times, it's been the biggest privilege of my life and probably not the ending I had envisaged when we started, but at the same time, knowing it's the right time for me and the right decision."

The Socceroos coasted through the second round of Asian qualifying - winning seven of their eight games - but appeared to come unstuck in the final third round when drawn in a group with Japan, Saudi Arabia, the United Arab Emirates, Iraq and Thailand.

Draws against Saudi Arabia, Japan, Thailand and Iraq meant the side missed out on the top two in the group and automatic qualification for Russia, and had to play off against Syria over two legs.

After needing extra time to see off Syria 3-2 over two legs, the Socceroos were more convincing against Honduras in the intercontinental play-off where more than 70,000 fans saw a Mile Jedinak hat-trick secure their place.

"It has been a privilege for me to coach my country's national team, to lead them at the 2014 World Cup, to win the Asian Cup in 2015 and now to have qualified for the World Cup next year. I said we would do it and we have done it," Postecoglou was quoted as saying on the Socceroos' website.

"All this, however, has taken a toll on me both personally and professionally. I have invested all I can knowing how important a period it was for Australian football. It is with a heavy heart that I must now end the journey."